Kajol would love to play Varun Dhawan’s love interest, says its fun working with him Actress Kajol is all set for her comeback in but this time, not in Bollywood but in South film after the leap of three years. This time she will be seen in the movie Helicopter Eela which will hit the theatre on 12th of October. The last movie she did was her comeback in Bollywood after a long time and it was with Shah-Rukh Khan in Dilwale. The duo, the most romantic onscreen couple came back on the big screens after a long time for Rohit Shetty’s directorial co-starring Varun Dhawan and Kriti Sanon. 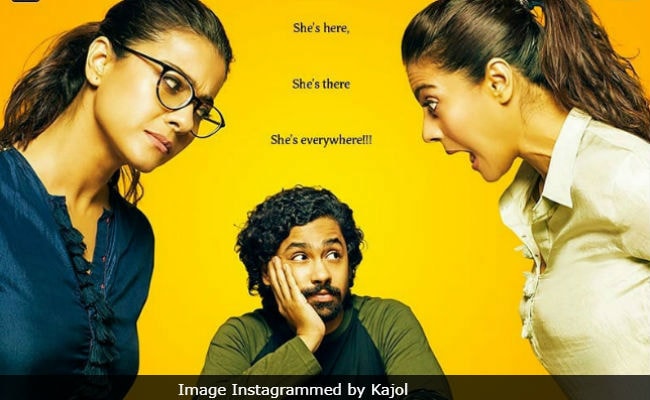 Recently in an interview with DNA, Kajol was asked by one of the journalists that if she got to work with younger male actors whom she would work with…? Then the actress said she has no reservations working with young actors, but the script should be great, and the actress further added, “The actor has to be Varun Dhawan. He’s a sweet guy and working with him is a lot of fun. I had a great time with him during Dilwale. So, if I have to romance someone, it would be him.” Now it’s important to see what does Varun think about this as it will be astonishing for the viewers to see both of them together, Well, once in Dilwale they have worked and on the sets also we have heard that they shared good bonding, and now we can just wait for Varun’s response.

Varun will be next seen in the movie Kalank and has recently got the best actor award for his movie October.

Helicopter Eela is going to release on 12th October, well the song of the movie Ruk Ruk the reprise version has got a good response as Kajol grooved really well on the track. The film is clashing with the movie FryDay starring Govinda.

Helicopter Eela is an upcoming Indian Hindi-language film directed by Pradeep Sarkar. It features Kajol in the lead role as an aspiring singer and single mother and is written by Mitesh Shah and Anand Gandhi. It is based on the Gujarati play Beta, Kaagdo, written by Anand Gandhi.

For more crispy and funky news around the world stay tuned with us.