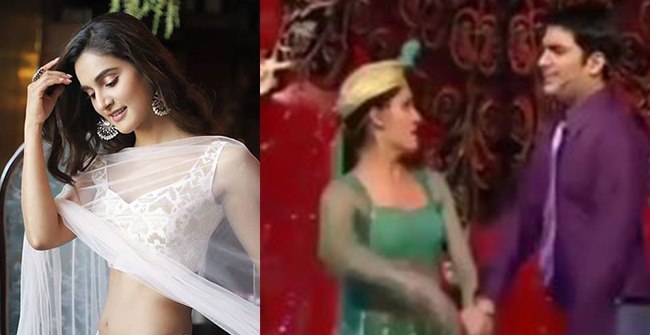 Comedian and actor Kapil Sharma tied the knot with his girlfriend Ginni Chatrath on 12th of December last year in Jalandhar and held a grand reception after the wedding ceremony. The couple is currently enjoying the bliss of their happily married life. After the wedding, he restarted his show ‘The Kapil Sharma Show’ once again.

Kapil who is highly active on social media recently posted a happy picture with his wife Ginni Chatrath  and legendary actor Dharmendra. Kapil Sharma has always been a great fan of Dharmendra. Also, Kapil in an interview with a leading portal had revealed that when he began his own show, no celebrity wanted to make an appearance. However, Dharmendra appeared on the show and expressed his support for the show. Since then, he absolutely adores the He-Man of Bollywood and respects him very much. Kapil considers Dharmendra as his lucky mascot.

Earlier, once Kapil had said, “Dharmendra ji came as a guest when the show was still under production. His movie had released, he didn’t need us. Still he agreed to be our guest. I’ll always be thankful to him. It’s his blessings that the show that he graced in the first episode is so popular today.”

The comedian shared a happy picture with Dharmendra and wife Ginni with caption: “Love u both @aapkadharam @ginnichatrath”.

In the picture, Kapil was seen wearing a blue and white striped jacket and jeans and wife Ginni looked lovely in a yellow floral dress and red bangles. While, Dharmendra was at his casual best in a white shirt with a black cap and jeans.

On the personal front, Ginni and Kapil are expecting their first baby. Says a source, “Ginni is usually around the shoots of The Kapil Sharma Show and everyone is busy pampering her. Though, the mom-to-be was missing during the shoots last week. Her family is said to have come down from Jalandhar to be with her. Even Kapil’s mother wants to be with Ginni during her pregnancy. While the couple is overjoyed, they want to keep the news low profile as of now.”