Kareena Kapoor Khan and her group of BFFs came together for a dinner at Karisma Kapoor’s house on Thursday. Among them were Malaika Arora, her sister Amrita Arora, director Karan Johar and fashion designer Manish Malhotra. Malaika also posted a couple of pics on her Instagram Stories to share a sneak peek at all that occurred at the dinner.

Malaika was seen in a silver-grey co-ord set with matching stilettos. Kareena showed up in a colourful short kaftan dress with shimmery heals. Karan was in a stylish black and yellow tracksuit while Manish was in simple casuals. 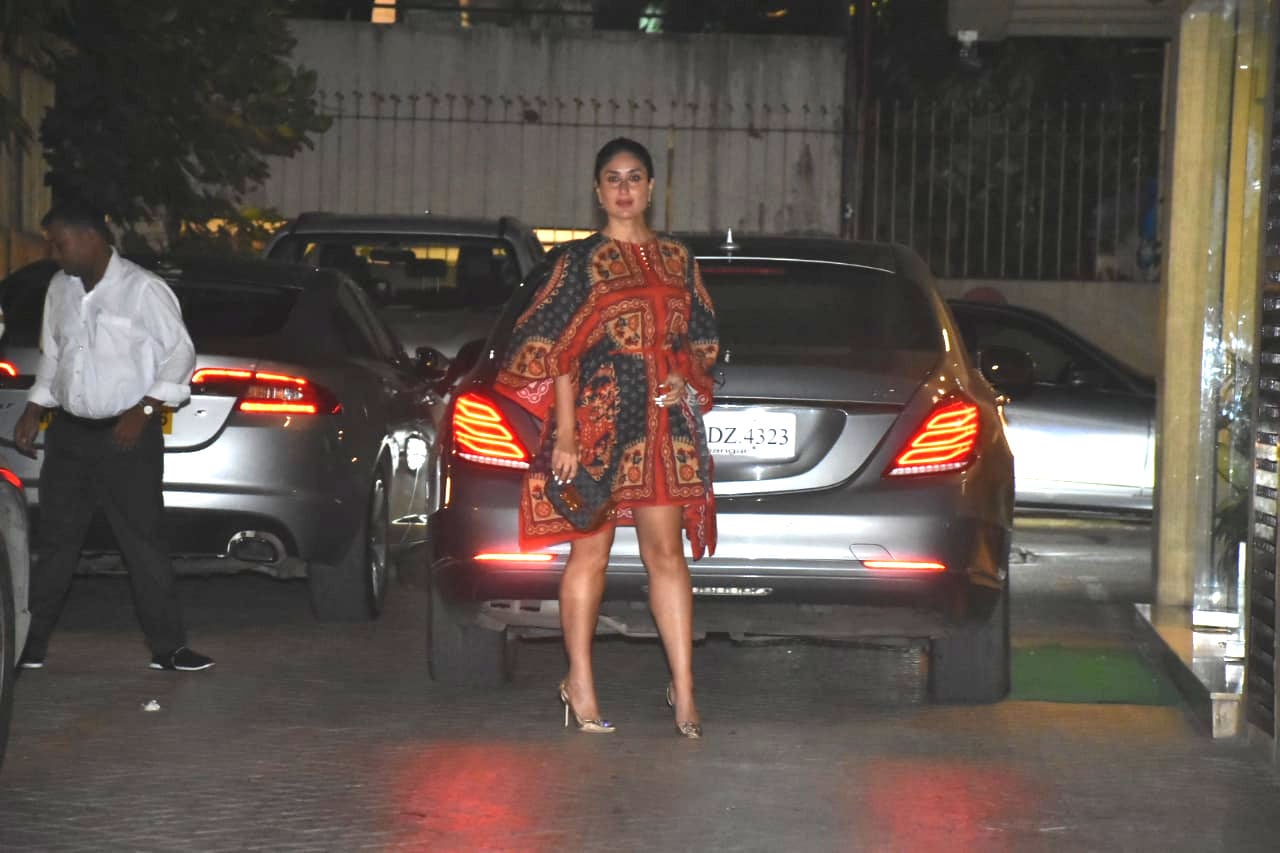 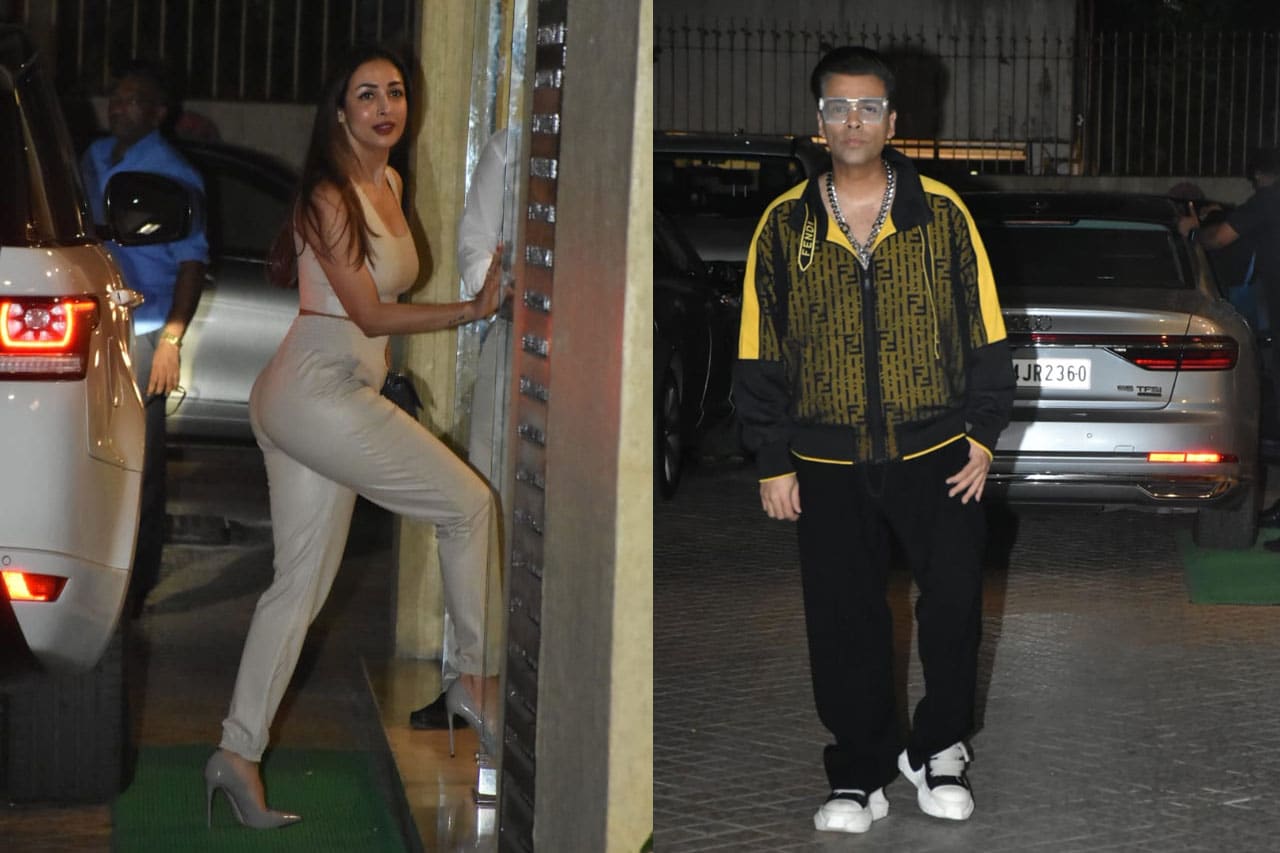 While Karisma didn’t step out of her house, Malaika shared an image on her Instagram Stories which appears to have Karisma in frame. she wrote, “Footsie.” She also shared an image of the eating table with an elaborate meal for the guests. She wrote, “Ufff yummmmm @therealkarismakapoor.” 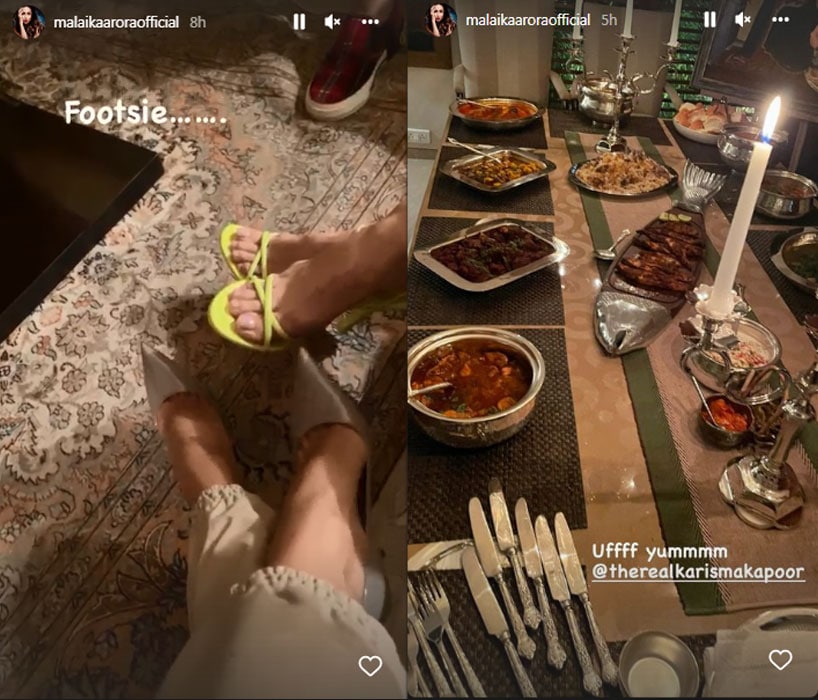 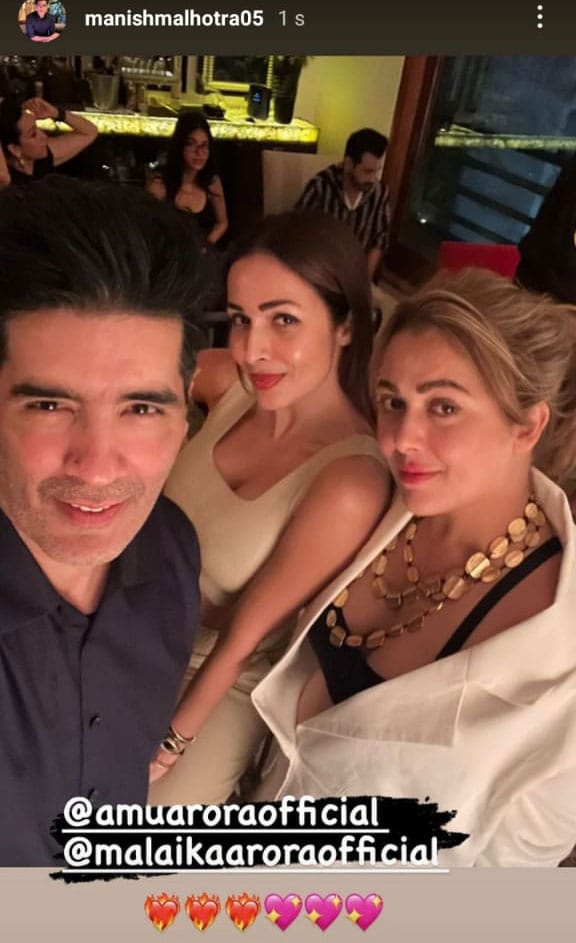 Their other BFF, sociallite Natasha Poonawalla was not spotted. Natasha was as of late occupied with the Met gala where she strolled the ramp in a Sabyasachi saree with a dramatic golden corset. Malaika, Amrita, Kareena to Karisma gave her a shoutout via Instagram. Kareena wrote for her on her Instagram Stories, “The one and only. Ufffff. Love love love,” while Karisma wrote, “That’s my girl (golden heart emoji). Amazing.” Malaika said, “Woah woman you nailed it,” whereas Amrita commented, “That’s how it’s done!”