Kareena Kapoor Khan and her husband-actor Saif Ali Khan have recently welcomed their second child in February. During 2021 women’s day she shared the first glimpse of the baby and the couple has not named the little kid. They have faced several criticisms when they named the first child Taimur Ali Khan. There is also an unknown fact that Kareena was named Siddhima by her grand father Raj Kapoor after her birth. Kareena was born during the Ganapati Festival and Riddhima Kapoor Sahni, who is her cousin and the daughter of Rishi Kapoor and Neetu is 6 days elder than her. Raj Kapoor named his two grand daughters as Riddhima and Siddhima. Riddhi and Siddhi are the names of the two wives of Lord Ganapati and Raj Kapoor was very much inspired by that.

After some time, Kareena’s mother and actress Babita also changed her daughter’s name from Siddhima to Kareena. As per reports, Babita used to read Leo Tolstoy’s book Anna Karenina while she was carrying Kareena Kapoor. 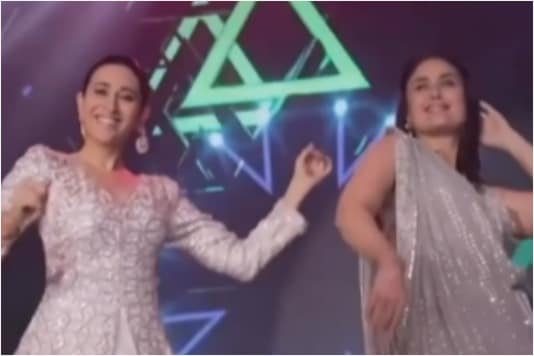 In the year 2016, Kareena Appeared on a popular chat show named BFFs with Vogue, along with her close friends. During the show, Kareena Kapoor had revealed how she and her elder sister Karisma Kapoor had got their popular nicknames Bebo and Lolo respectively.

Kareena said that her parents searched for some funny names for them and hence they came up with Lolo and Bebo, which actually does not have any sort of meaning. She said that it is similar to some kind of rhymes. Lolo means loli, which means roti in the Sindhi language. But her nickname does not have any meaning and it just happened like that.