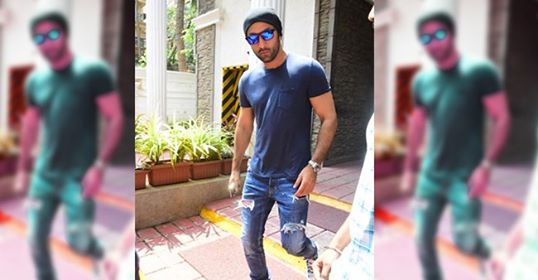 The whole nation is currently submerged in the Diwali vibes and our very own Bollywood industry is no different. Various stars recently celebrated Diwali with much fanfare, including the like of Saif Ali Khan and wife Kareena Kapoor Khan. The royal couple hosted a Diwali party for their friends and family which was a truly star-studded affair.

Joining the hosts in their celebrations were Kareena’s sister Karisma Kapoor and Saif’s sister Soha Ali Khan and Kunal Kemmu. It is a well-renowned fact that Malaika Arora and her sister Amrita Arora too are close friends of Kareena and Karisma and they too were spotted making their way towards the event.

Kareena and Saif were both looking terrific as a couple, with the Nawab prince wearing a blue kurta with Nehru jacket. His wife too opted for traditional attire and boy oh boy aren’t we fans of Kareena who love to see her in a saree. She looked like a vision in emerald green and black saree.

Her sister Karisma Kapoor too was spotted in a red coloured saree which she accessorised by some heavy jewellery. ‘Lolo’ tied her hair back in a bun and opted for refreshing makeup.

Elsewhere, both Soha and Kunal too gave away couple goals. She opted for a peach coloured lehenga while he opted for a baby pink kurta and white Nehru jacket. All of them smiled for the paps, who were waiting to get a glimpse of their favourite stars. Later, Malaika Arora along with her sister Amrita Arora joined the celebrations.

Malaika was arguably the best-dressed celeb of the night, as she stole the limelight in a gorgeous multi-coloured outfit and hair tied back. Malaika Arora’s stylish look was complemented with bold red lips and chunky jewellery. Amrita too looked breathtaking in a red traditional outfit.