Kartik Aaryan loses his way while in Panchgani, asks a cop for directions who takes selfie with him instead 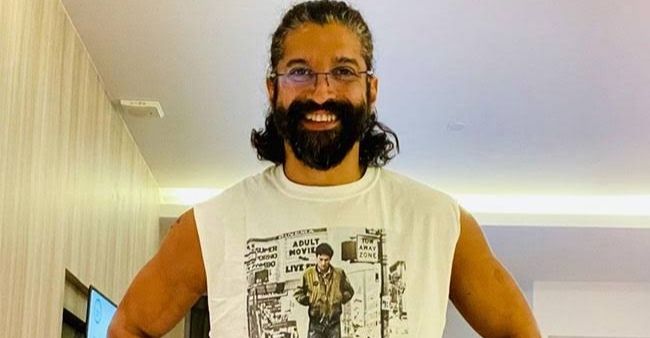 In a hilarious incident that elapsed recently, actor Kartik Aaryan ended up taking selfies with the cops in Panchgani. Aaryan, who’s in Panchgani, Maharashtra for the shoot of his next project ‘Freddy’, lost his way while on his way to shooting.

In a video that went viral on social media, we see a confused Kartik asking for directions. The person taking the video asks him where he’s off to, and the actor replies that he was supposed to take the last right. A few cops comes up to him, but instead of helping him with the way, the decided to take some selfies with him. The actor, in quite an amicable mood, doesn’t mind the selfies. When asked if he’s getting late for the shoot, he chuckles and says a ‘no’. And so, the cops took rounds to get photos clicked with the ‘Love Aaj Kal’ actor.

Freddy, which is being helmed by Ekta Kapoor and Shashankha Ghosh, this romantic thriller also stars Alaya F. He has supposedly finished with the filming on the climax.

Simultaneously, Kartik is also working on ‘Bhool Bhulaiyaa 2’, which also stars Tabu and Rajpal Yadav, who also starred in the prequel. We shall also be seeing him in ‘Dhamaka’, ‘Shehzaada’ and ‘Captain India’.