Published by Vidhutma Singhania on 28 Nov 2020

Bollywood actresses are always seen as rivals of each other even if they smile together. But, over the years, there have been actresses who’ve proven that many of them have warm relationships. Over the last few years, we have seen a few pairs of BFFs in Bollywood who have never failed to give us friendship goals.

Katrina Kaif and Alia Bhatt were on the list for a long time before rumours of their relationship going sour took over the internet. It was after Alia started dating Ranbir Kapoor (Katrina Kaif’s ex) it was reported that their friendship has turned sour. 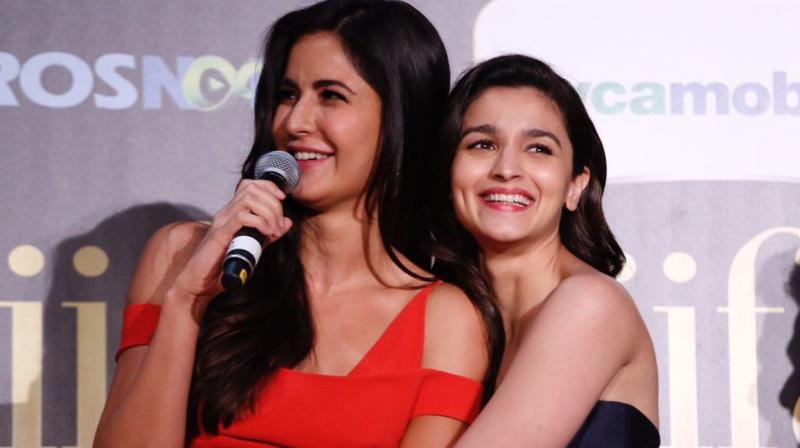 But, the actresses have always denied these rumours and said that they still share a great bond. And the netizens do agree that they are at least cordial which is evident through their social media posts.

Recently, Alia Bhatt made a post on her Instagram account that sees her running around in a forest with two kids. The actress can be seen looking fresh in the video in a blue dress. She wrote in caption, “Childhood! A time when the world feels like your playground.” 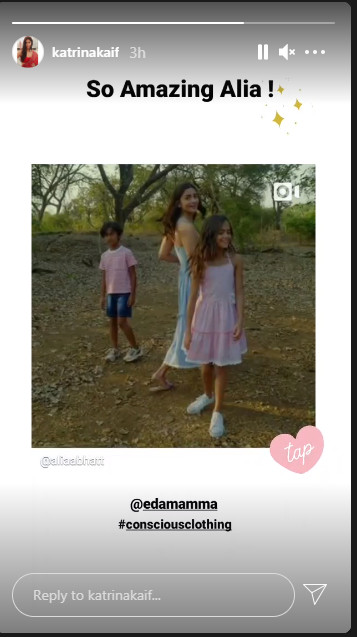 Katrina Kaif took to her Instagram stories and shared the video of Alia Bhatt and captioned it as, “So amazing Alia!” with star filters. She also used a hashtag consiousclothing while sharing the video.

In an interview earlier, Katrina had spoken about her equation with Alia. She had said that she was dating was not relevant to the equation that she shared with Alia before, so why should that equation change. In fact, on Karan Johar’s chat show, Katrina had said that there is a lot of enjoyment and comfort that she shares with Alia. She also added that she, Alia and Deepika Padukone go to the same gym and work out together.