Varun Dhawan and Katrina Kaif are gearing up to tap their feet with Remo D’Souza’s third part of superhit movie, ABCD. Its been officially declared that the shooting will embark from early 2019 in January and the shooting time has been scheduled for a long time period of 3 months.

Moreover, we know how beautiful it will be to see Katrina ‘The Kamli Girl’ twirling and twisting as Katrina has grooved on many hit songs like Sheela Ki Jawani and Kamli Kamli…her dance moves are super amazing…isn’t it?

As per the reports, the makers of the movie has recorded five songs for the film which will feature the dynamic actress as a Pakistani Girl while Varun will be playing an Indian Boy. 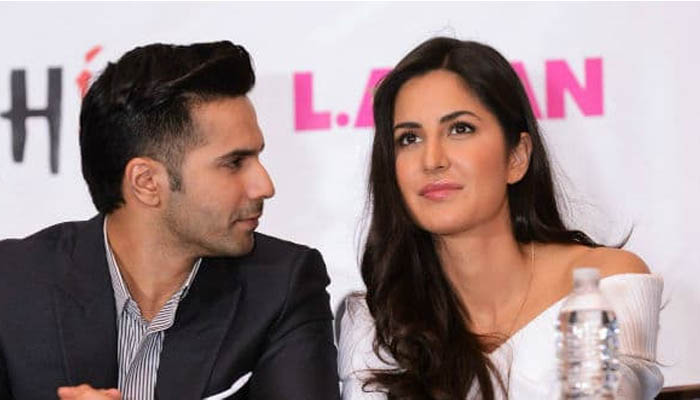 Any Body Can Dance (ABCD) is a dance-oriented movie and the previous parts of the movie have gained huge success. This time, the story includes the traditional touch of two different nations where the duo eventually meets at an international dance competition in London. The film will be directed by Remo D’Souza and is being produced by T-Series Bhushan Kumar and the movie is slated to release on November 8, 2019.

We Dance to EXPRESS not to IMPRESS. THE #BIGGESTDANCEFILM EVER IN 3D is here,
8th November 2⃣0⃣1⃣9⃣🕺🏻
Let’s do this. #BhushanKumar @tseries.official @katrinakaif @remodsouza #LizelleDsouza @prabhudheva pic.twitter.com/QsUNnr0T0P

Varun has been the part of the movie in the previous sequel but, Katrina will be a new entry in the ABCD team, ABCD will also feature renowned choreographer Prabhudheva along with other great dancers Dharmesh Yelande, Raghav Juyal, and Punit Pathak who shared the screen previously in ABCD 2. Right now both the actors are busy in their schedules, on one side Varun is shooting for Kalank opposite Alia Bhatt in Kargil and on the other side Katrina Is busy in shooting of the movie Bharat opposite Salman Khan in Abu Dhabi, Varun has also given few shots for a special scene in Bharat.

This is for the first time the actors will be sharing the screen and the fans are anticipatingly waiting for the duo to see them on big screens.