Katrina Kaif has posted a video recording of a badminton game with her Phone Bhoot co-actor Siddhant Chaturvedi, during their filming session in the city of Udaipur. The video also boasted of superstar Ishaan Khatter in the frame as he shakes a leg in the backdrop. He seems to be waiting for his turn to enjoy the game too.

While posting the video recording on her personal social media handle, Katz penned, “A very professional looking game of badminton with a little dancing mixed in @ishaankhatter did get to play @siddhantchaturvedi graciously let it appear that I had the upper hand which definitely was not the case.” 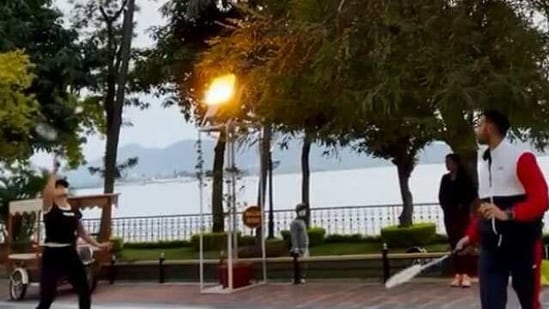 The shared video recording begun with Katz playing the game of badminton with Siddhant and the hit number ‘dhal gaya din ho gayi shaam’ was going on in the backdrop. Ishaan watches from the side as the two actors play and requests them to let him play too.

Katrina also stated that the Gullyboy star was pretty ‘gracious’ to let her score points and have the upper hand that was not the case.

While sharing a comment on the post, Ishaan revealed that Katz had earlier tagged Siddhanth as “@siddhantchattervedi” as he had been gossiping too much. 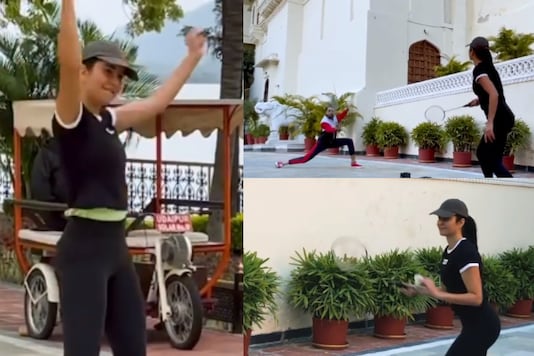 He further penned, “Katty with her Baddy”. Siddhant wrote, “Now Wait for the Real version. #ReelVsReal”

The Kay Beauty originator is filming for her forthcoming flick Phone Bhoot, a horror-comedy helmed under the banner of Gurmeet Singh and produced by Excel Entertainment. Ravi Shankaran and Jasvinder Singh Bath have penned the film’s tale. The flick is planned to reach theaters later this year. The first look of the movie got shared on the web in July 2020 by the star cast.

Katrina will next be seen with Salman Khan in Tiger 3.