Katz Recreates “Stay At Home” Dance By Jack Black; Says ‘Wish To Dance Together One Day’

Katrina Kaif is one of the noteworthy stars of our nation. The Bharat fame has given a number of hits and carries on pushing the bar higher with each and every project. Katrina is not just a notable performer however also an outstanding dancer. 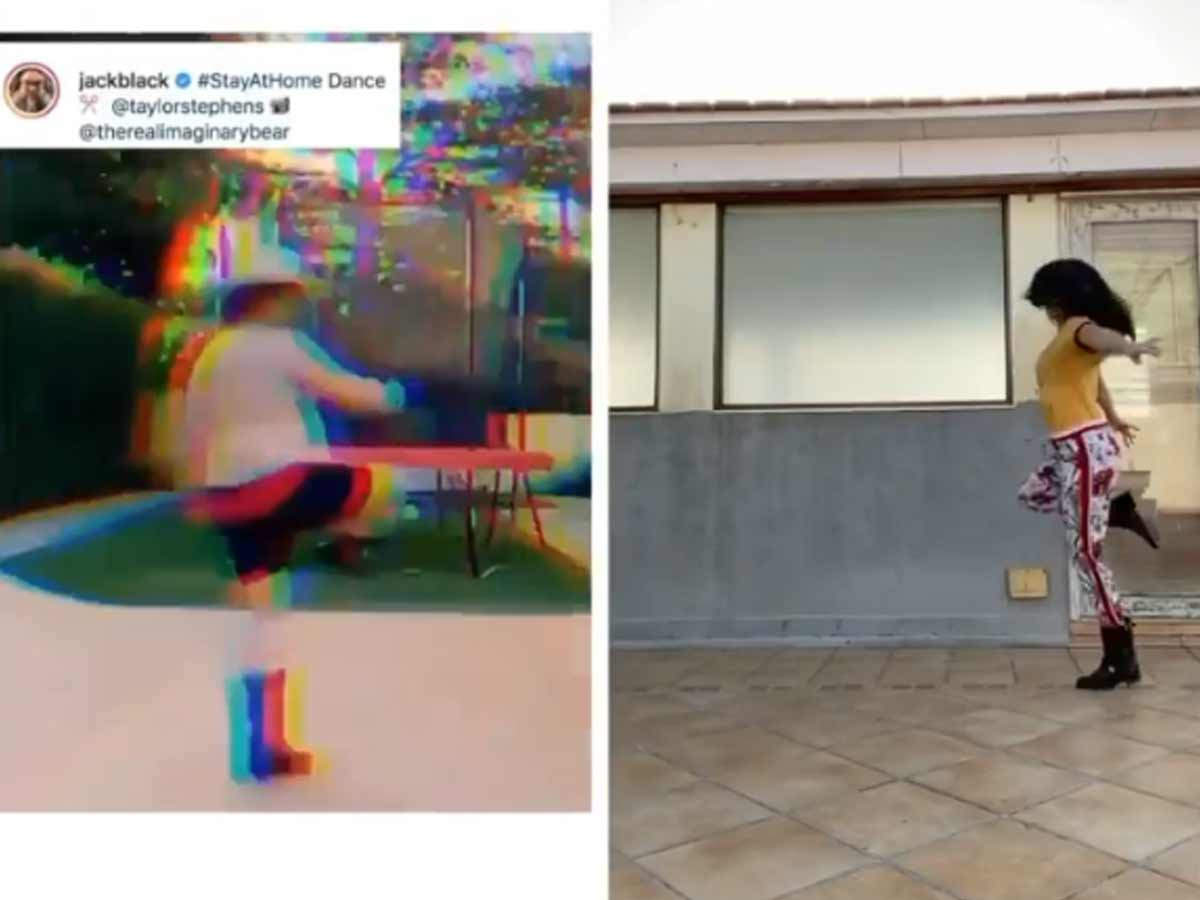 Yes, Katrina’s dancing moves are something no one wishes to give a miss to in a flick. Katrina will be next witnessed together with Siddhant Chaturvedi and Ishaan Khatter in Phone Bhoot and after that, she will be working in Ali Abbas Zafar’s superhero movie.

But till then Vicky Kaushal’s rumored ladylove is enjoying at home. The actress is very active on social media and yesterday she shared a video recording in which she recreated the most popular and most loving ‘Stay at Home’ dance by Jack Black. The actress even disclosed the wish to shake a leg with the ace actor once. She captioned the post as, “On one fine sunny day – this seemed like a good idea. Jack Black, I really hope we get to dance a duet together one day.” The actress’s Instagram family loved as well as praised her post. The cute chain of heart emojis in the comments box of her post proves the same.

Previously, she was witnessed in Ali Abbas Zafar’s 2019 film Bharat, co-featuring Salman Khan and Disha Patani. She will next be seen in Rohit Shetty’s high-action cop drama Sooryavanshi, along with Akshay Kumar. The movie was previously slated to reach the theaters during March 2020. Its release date then got delayed to Diwali 2020. Now, the film will reach the screens this year. But, the film’s revised release date has not been declared as of now.

Saifeena To Keep Their New Baby Away From Public Eye, Says Their Close Friend...