The year 2020 has been full of mishappenings, and amid all this it is the festive season that has helped everyone relive themselves from some stress. And as the festivals come around the corner, everyone becomes nostalgic and start reminiscing the previous year’s celebrations. From decorations to special sweets, and the parties that we attended, everything starts coming back to us.

In fact, the social media as well reminds us of or previous celebrations from time to time and help us relive our memories. Amidst all this, there are a few celebrities who were seen being nostalgic on social media. One such celebrity was South actress and KGF star, Yash’s wife, Radhika Pandit. 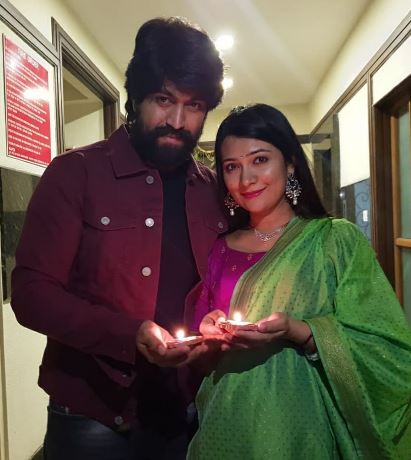 Recently, Radhika took to her Instagram handle and compared her last two years Diwali with her Diwali this year. In the first picture that Radhika shared, we can see Radhika and Yash holding a diya in their hands and posing for the camera. And in the second picture, Radhika can be seen posing with her parents with little Ayra in their arms and Radhika flaunting her baby bump. 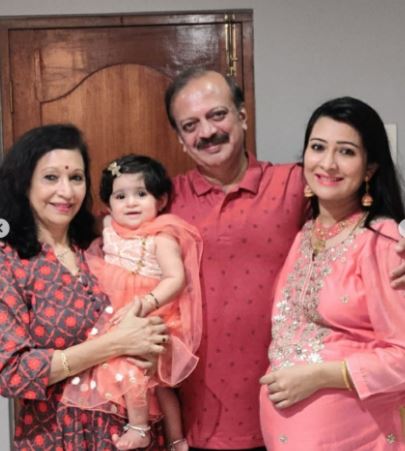 After these, comes the third picture, which is from Diwali 2020. In this picture, Radhika can be seen sitting on a couch, holding a diya in one hand and Yatharva with another hand as he daughter, Ayra. As Yash and Radhika’s kids have only one year of difference, the actress was flaunting a baby bump for two consecutive years. 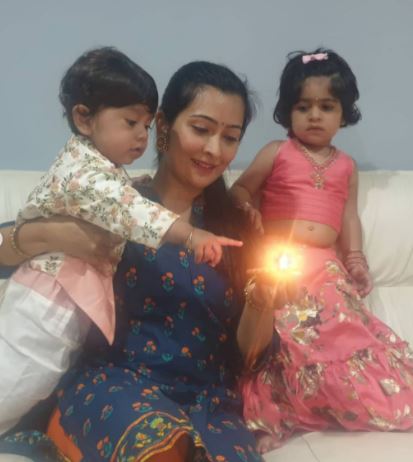 Along with the picture, she wrote “Well.. My Diwali from the past 2yrs and now.. (my light of life.. now crackers) Yellarigu Deepavali habbada Shubhashayagalu Have a happy and safe festival. #radhikapandit #nimmaRP”

It was in the year 2016, when Yash and Radhika had tied the knot and took their vows. It was on December 2, 2018, when after two years of marital bliss, the couple had welcomed their first bundle of joys.