Karan Johar is ready to launch one more star kid this year. Yes, the ace film maker will launch Shanaya Kapoor, the laadli beti of Sanjay Kapoor and Maheep Kapoor. The excited and thrilled Shanaya made the declaration about the same today. Shanaya stated that she will begin the filming for her first movie in the month of July. The movie will be produced under the banner of Karan’s Dharma Productions.

While posting a glitzy video of Shanaya, Karan welcomed the star kid to Dharma Cornerstone Agency and wrote, “It’s going to be an unforgettable and exciting journey that begins with your first film with @DharmaMovies, this July.”

Shanaya’s mom Maheep got excited and an elated mother made a special post that can be read as, “With her unabashed enthusiasm, resilience & sparkle – Shanaya Kapoor is all set to take over your screens soon. Give her your love & blessings as she is ready to start the journey of her FIRST FILM with @Dharmamovies this July. Watch out for the announcement of the film!”

In the past, Karan Johar has launched celebs Such as Alia Bhatt, Varun Dhawan, Janhvi Kapoor and many others in the Hindi film industry. 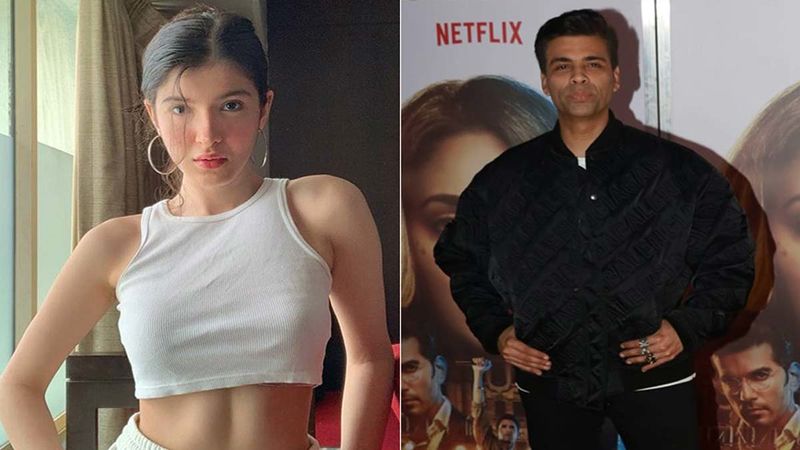 Shanaya Kapoor, Suhana Khan and Ananya Panday are BFFs. While Ananya made her debut in the Hindi film industry with Dharma Productions’ Student Of The Year 2, Suhana, who is the daughter of Badshah Shah Rukh Khan, is yet to disclose her plans of joining the entertainment industry.