Karan Johar’s kids Yash Johar and Roohi Johar have proved that they are family posers. Recently, the cute twins stepped into the filmmaker’s shoes, quite literally, and gave poses for the camera. Roohi and Yash were seen twinning in a green tee and shorts putting on daddy’s trendy shoes and caps. 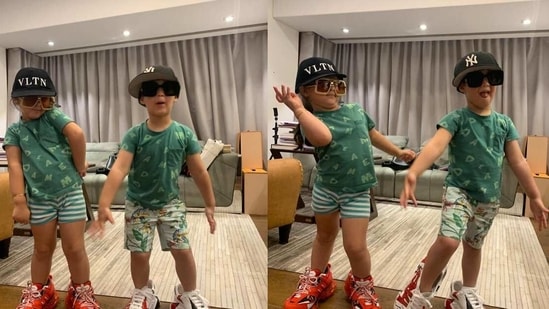 In the month of March, on the occasion of Holi, the Johars enjoyed the festival of colors indoors. Karan posted some adorable shared images of Roohi and Yash relishing Holi with his mom, Hiroo Johar. “Organic Safe and still celebratory !!! Happy Holi to everyone !!! Let the colours of the festival change the grey and dark times forever…” he captioned the post.