The stunt-based reality show, Khatron Ke Khiladi 10 is near its final episode. The excited and elated viewers will shortly get to know the final winner of the 1oth season. After giving a super-hit performance in some hard-hitting acts on the show, ace TV starlet Karishma Tanna, dashing hunk Karan Patel, and dancing star Dharmesh Yelande reached the finale.

The final episode of the popular show is being filmed in Mumbai’s Filmcity. The finalist, Karishma Tanna has shared KKK10’s behind-the-scenes with her fans and admirers. The actress posted a video recording in which he can be witnessed relishing the perfect weather and enjoying cycling on the busy paths. 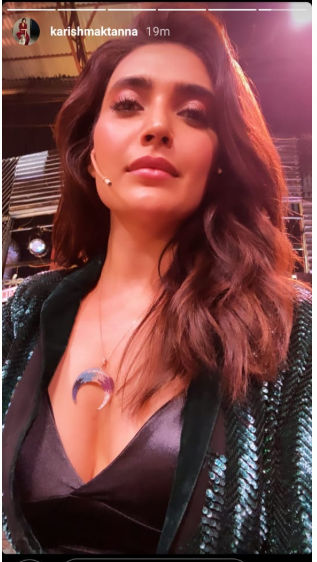 As Karishma progresses on the bicycle, her fictional fan and lover, the Gorilla from KKK10, cheered her up.

As per the latest reports, the show’s ex-contenders including Tejasswi Prakash, Shivin Narang, Amruta Khanvilkar, Rani Chatterjee will also grace the grand finale episode. The climax of the show will surely be a blockbuster in typical Rohit Shetty-style. The final installment of the show will see some unique and funny stunts designed for Karishma Tanna, Karan Patel, and Dharmesh Yelande to discover the novel skills they’ve formed during the lockdown.