Karan Johar has come up with his new season Koffee With Karan edition 6 and we know that till now the show has revealed some of the weird facts of the B-town celebs. The show sees B-town celebrities getting all candid and sometimes creating trouble with their statements. However, it is always fun to catch this show as the filmmaker has the best set of questions and segments for his show and reveals many of the facts about the Celebrities.

Surmising is surrounding the guest list of his show which will air from October 21 have been doing rounds for a long time and looks like things are falling in place. Now as per news reports, just like Janhvi, her friend and actress Sara Ali Khan too will be making her debut on Johar’s chat show. A source close to the leading daily said, “Like Janhvi, Karan’s other protégée, Sara, will also make her big Koffee debut this season.” 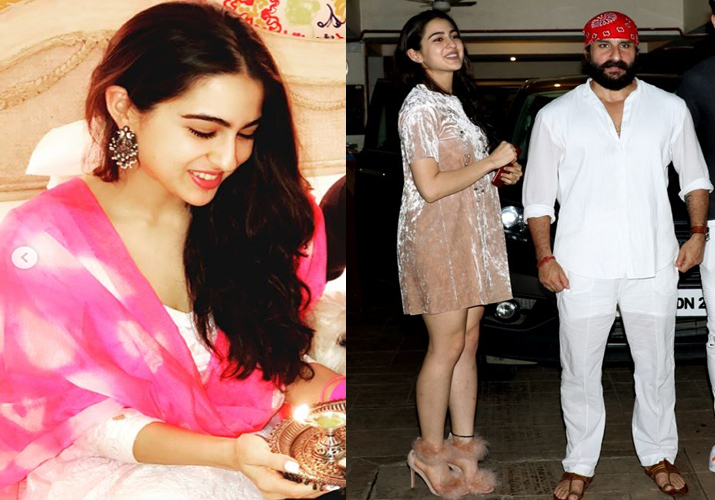 The filmmaker has requested her and Saif to come together on the show. This is for the first time that the father-daughter will be sharing up the screen. He knows the bond that the Nawab of Pataudi shares with his daughter and wants to highlight it in front of the audience. Saif and Sara are expected to share each other’s secrets — what they love about each other, their annoying habits, etc. The actor will also talk about his daughter’s debut, given that the episode will air around the release of Simmba.”

Sara Khan is all set the gear up her Bollywood career with her movies Simmba, Kedarnath, where she will be playing the lead role.

We are wishing to see the episode on Koffee with Karan as well as her filmy career also. Let us know your thoughts by tweeting to us at laughing colours. Stay tuned with us for more such interesting scoops and updates.