Kolhapur Aashiq Paints ‘ILU’ & ‘I Miss U’ On Road For Partner; Authorities In Action

There are lots of techniques in which we can express affection to our near and dear ones. By forwarding them special presents, texting them, telling them personally, sending an antiquated handwritten note and many more.

A man in Maharashtra’s Kolhapur expressed his love for his partner in a unique way – he wrote notes over a stretch of 2 km of a busy state road! 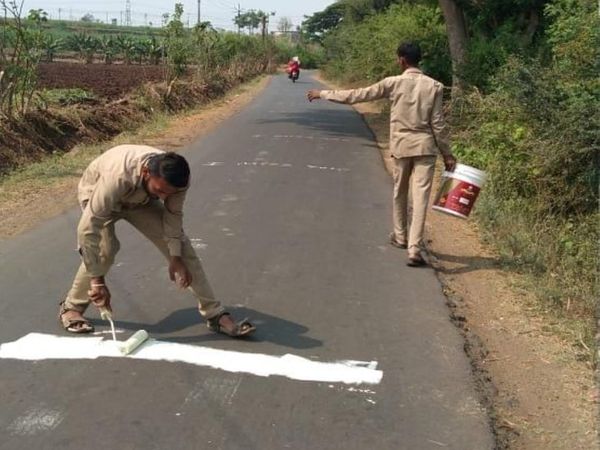 Recently, when the residents of Dharangutti community in Shirol Tehsil of Kolhapur region got up in the morning and saw messages like ‘I Love You’ and ‘I Miss You’ penned on a road in the rural community, taking all by surprise. One of the messages highlighted on the road can be read as: “I miss you. Zindagi ke saath, zindagi ke baad bhi.”

According to the local reports, the messages penned by an anonymous guy utilizing the white oil paint were engraved on the Jaisinghpur to Dharangutti way for approximately 2.5 km. 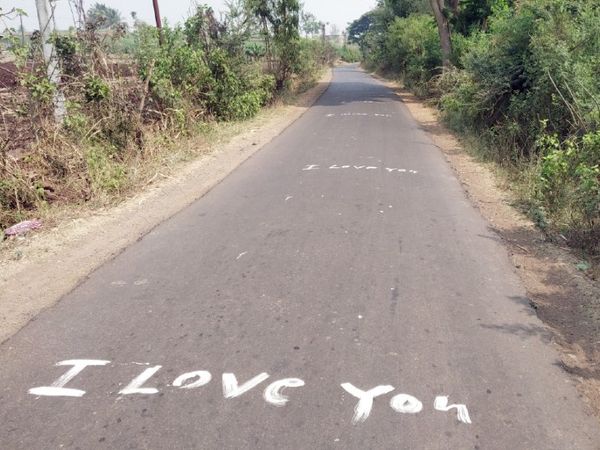 After the incident got viral on the social media, the local administration ordered the employees to paint over the messages and investigate the matter.

As pics and video recordings of the strange expression of affection turned viral, the gram panchayat authorities came into action. The pics showcasing gram panchayat staffs covering the love messages using the paint also turned viral on the web.