Krishna Shroff On Tiger: He’s Only Person I Can Trust & We’re Advisors To Each Other

As per proud and loving sister Krishna Shroff, her brother, actor Tiger Shroff always remained popular among ladies. She recalled how even when they were small, her besties always gush about how handsome, dashing and hot her brother is. 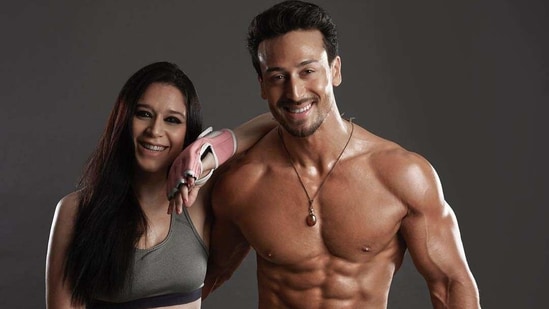 In a special media talk, the fitness buff stated that she is very near to Tiger, and shared all how they depend on each other for special guidance. She stated that they had arguments and fights when they were younger.

While talking to media people, an elated sister Krishna stated that she is of the view that there is only one person all over the globe whom she trusts completely, apart from her brother. She said that there is complete transparency between the brother and sister duo. They are also each other’s advisors, and whenever they require any advice, they depend upon one another. “We are each other’s biggest critics and the biggest support too. The way we used to fight as kids was hilarious. Back then he was super tiny and I was massive. But he always had speed over me which would be really frustrating. It would truly be a sight to see the two of us running around the house,” she added.

When questioned about Tiger as the most desired and most-in-demand with female buffs, Krishna added, “As far back as I can remember, I would always have my friends talking about how hot my brother is.”

She stated that Tiger’s politeness and down-to-earth nature make her defensive of Tiger. “He is very kind, in fact too kind for this world. So I always keep my guard up for him.”

When we talk about the actor’s professional front, the ‘Heropanti’ hunk has a number of movies in his kitty. The film project he has comprises Baaghi 4, Heropanti 2, Ganapath and the Rambo remake. Recently, on his birth anniversary, he posted a new poster of Heropanti 2 and made a declaration about its release date. The movie is a sequel to Heropanti, which was Tiger’s debut movie.

While sharing the poster, he captioned it, “My first love is back. Action, thrill, like never before! Let’s celebrate this one together on the 3rd of December in cinemas.” The net users stated that the new flick looks similar to the Hitman video game franchise.