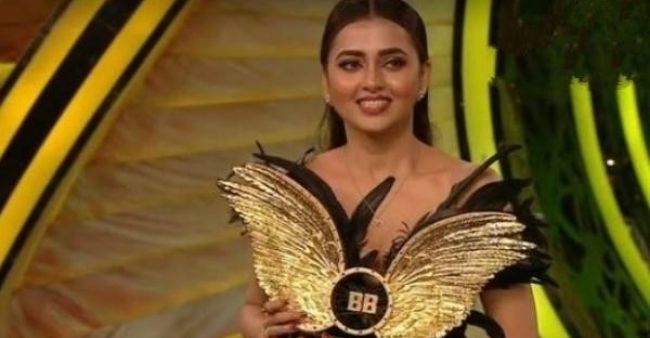 Kriti Sanon’s first look as Myra Devekar in Akshay Kumar’s Bachchan Panday revealed. It looks like, after the success of Mimi, Kriti is all ready to take on another meaty role in producer Sajid Nadiadwala’s Bachchan Panday. Kriti Sanon is looking dashing, plus a perfect companion to Khiladi star.

Ms. Sanon is touted to get raw, real, and adventurous in the role of Myra Devekar, an inspiring director who sets out on a quest to film a gripping gangster biopic with a real-life gangster who’s called Bachchan Panday. After Housefull 4, Kriti and Khiladi star reunite for this film, and going by the recent poster, their camaraderie and chemistry promises to leave the viewers hooked. The actress had earlier mentioned how it’s always a fun environment on set with Khiladi Star, where the entire team comes together as a family. In the film, her character, Myra gets caught by Bachchan Panday and what happens next is the twist that promises to take everyone on a roller-coaster ride.