It was on October 19, 2001 when R Madhavan made his Bollywood debut with Rehnaa Hai Terre Dil Mein. It was a debut movie for many other members of the team including Madhavan, leading lady Dia Mirza, director Gautham Menon and music director Harris Jayaraj.

The plotline of the movie revolves around three main characters, Reena, Rajiv and Maddy. Reena and Rajiv are childhood friends. Rajiv is a decent, well-to-do guy and Reena’s family wants her to settle down with him. Both families are happy at the prospect of this liaison, as are the two primary characters, Reena and Rajiv. Trouble strikes when Reena bumps into Maddy one day, and it’s love-at-first-sight for him. He begins stalking her. 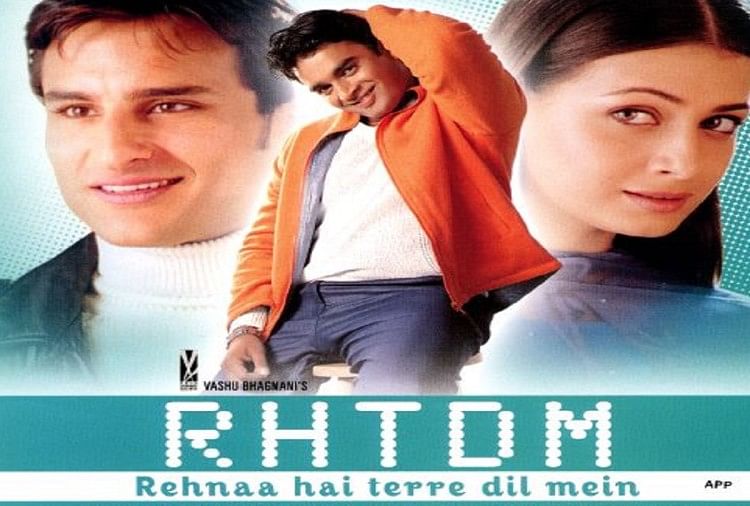 Although the whole plot was diabolical, it wasn’t the only reason it was an unpleasant experience. The film was not a pleasant experience for many of the principal team-members. The director Gautham Menon couldn’t get along with Madhavan and producer could not see eye to eye with the director. Meanwhile, the film was somehow completed, the marketing sucked.

Recently, Madhavan opened about it when he was asked about the sequel of the movie. He said that a lot of things went wrong but he doesn’t want to get into it. He explained that all of them worked really hard on the film. And 19 years later, it’s still one of his favourite movies.

Furthermore, he said that to get a sequel of the movie, the whole team will have to be on the same page which is difficult. Although he did mention that he would personally love to take the story after 19 years from where they left it.

Gautam, who also directed the Tamil original Minnale, was asked the same question. To this, he replied that he wouldn’t mind directing the sequel of RHTDM. He said if the producers ask him, he would say yes.