When anyone says love, we are bound to think roses, happiness and all the good stuff. However, for a reality check, love is not always rainbows and unicorns. Ask Mahesh Bhatt after all. The renowned filmmaker celebrates his 71st Birthday today, and on the occasion, we bring to you his wretched love story with Parveen Babi.

It all began in the late 1970s, when Parveen an actress who was at the top of her career fell in love with Mahesh Bhatt. He was already married back then, but due to his affinity towards Parveen, Mahesh turned his back on his childhood sweetheart Lorraine Bright aka Kiran Bhatt and started to live in with Parveen. For the first few months, everything was perfect in Mahesh and Parveen’s paradise. Until one fateful evening in 1979. The filmmaker revealed in an interview with a leading magazine that when he came home, he found Parveen dressed up in a film costume, sitting curled up in a corner of the house.

She had a kitchen knife in her hand. On seeing him, she gestured him to be quiet and said, “Don’t talk! The room is bugged. They’re trying to kill me.” This was the first instance when Mahesh Bhatt saw her in this condition. Soon the attacks became frequent. Parveen was diagnosed with one of the most dreaded disorder – paranoid schizophrenia. 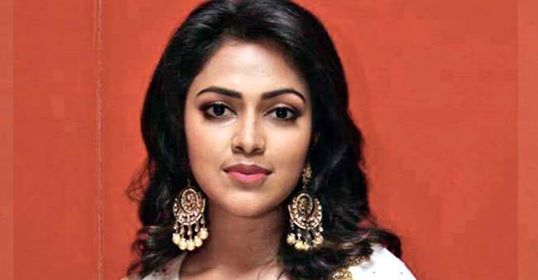 Doctors and filmmakers, who sensed their films on the verge of being stalled, wanted Parveen to undergo ‘electric shock treatment’ which seemed like the only temporary option to calm her down at that time. But Mahesh Bhatt stood rock solid by her and tried his level best to protect her.

Despite his best efforts, Mahesh could not help Parveen and it became evident that she had to be hidden from the public. So, in September 1979, Mahesh was at his wit’s end and seeing no other way, he ran away with Parveen to his philosopher friend UG Krishnamurti in Bengaluru.

Parveen’s philosopher in Bangalore advised Bhatt to stay away from Parveen as his presence was worsening her condition. It was during this time that Mahesh Bhatt had started writing Arth, a film which was totally inspired by his own life. However, the same year Parveen came back into his life, and under mysterious circumstances, she asked Mahesh to between choose between her and the philosopher friend. Understanding that the relationship was doomed Mahesh Bhatt broke up with Parveen in the year 1980. Years later they saw each other in a book store but did not greet each other and that was the last time they met.

In 2005, Mahesh was flooded with texts about the mysterious death of Parveen. He then decided to claim her body and perform the last rites. The filmmaker added that he did it because he owed it to Parveen and also that it brought him a sense of closure.