Actress Malaika Arora is probably the most sizzling actress in Bollywood. Her bold and hot pictures on social media often break the internet. On Instagram, she posts her photos and videos occasionally to keep her fans updated and hooked. As of late, the actress shared a quite hot mirror selfie of herself where she shows her back while posing with utmost style and perfection.

Malaika is looking very hot in the image. Taking to her Instagram story, the actress shared her picture and wrote, “Am back.” With her hair left open, Malaika had her makeup game on point and looked stunning in a backless dress. 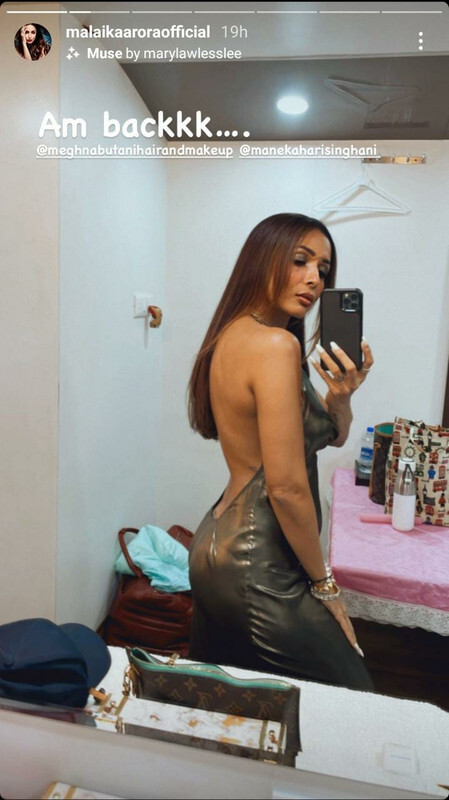 In a recent interview, Malaika spoke about getting back into the dating scene after divorce and why Indian society considers dating a younger woman a “sacrilege.” She told Hello magazine, “It’s very important for women to have a life after a breakup or a divorce. There’s a misogynist approach to female relationships. It’s often considered a sacrilege for a woman to date a younger man.”