Malaika Arora often posts her gorgeous pictures on social media. On Monday, the Bollywood beauty wooed the long list of her fans and admirers with another spectacular set of images. Malaika posted a hot picture on her personal Insta handle to wish a joyous, cheerful and happy Holi to her buffs.

The caption used by Arjun Kapoor’s lady love can be read as, “HAPPY HOLI.” In the photograph, Mala can be seen in a single shoulder multicolored kaftan dress and her fans just drool over her looks. And we aren’t the only ones giving a round of applause to this cute pic as her buffs and admirers have already sounded off in the comments box. One user media user wrote, “Hey se*y.” Another buff just penned, “hottie.” 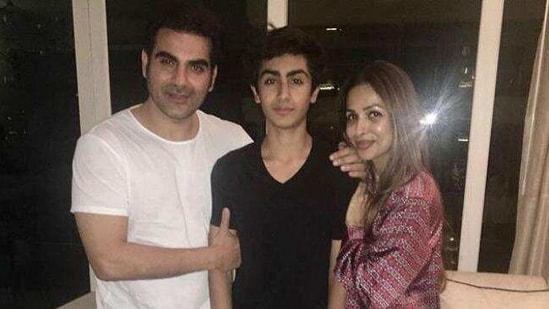 Recently, Malaika Arora got a special present from her ex-hubby. Yes, she got a box of fresh mangoes from Arbaaz Khan. She took to Instagram to share a video recording of the gift and expressed gratitude to him for the gesture.

“Thank u @arbaazkhanofficial @aam.wallah for the freshest mangoes that u can order online,” she wrote on Instagram stories, together with a sticker that can be read as ‘order now’.

Arbaaz forwarded a box to his ex-sister-in-law, Amrita Arora, as well. “Thank you, Arbuuuuu @arbaazkhanofficial @aam.wallah these are just yummmmmmmmmm,” she wrote while posting a video of the mangoes on Instagram stories.

In the year 2016, Arbaaz and Malaika announced their split up, after being married for over a decade-and-a-half. They also have a teenage son, Arhaan, together. Their split up came through in the month of May 2017.

A few days back, Malaika shared a stunning pic of herself with the caption that can be read as, “Blending into the weekend! Wish you all a Happy Holi in advance! Stay safe everybody! Stay home, everybody!”