Men who love their mothers have always been stereotyped as ‘mama’s boy’. Although some people consider it as a bad quality to be in a man, there are a few men who prove it right. One such Bollywood heartthrob who is seen showering his love on his mother from time to time is Vicky Kaushal.

Vicky Kaushal made his acting debut in the year 2015 with the Bollywood film Masaan. He had won the Filmfare Award for Best Male Debut for the same. But, it was the blockbuster film URI: The Surgical Strike that had given him a major turn in his career that he had waited for. The movie gave him the status of one of the best young actors in Bollywood. 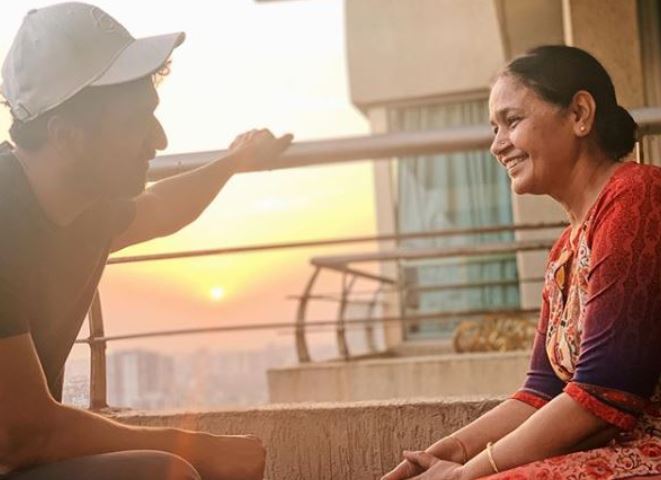 While the actor has become one of the most promising performers in the industry, he always makes sure to take out some time for his friends and family. A very few people are aware of the fact that Vicky is extremely close to his mother.

It was on November 3, 2020 when Vicky’s mom, Veena Kaushal, turned a year older. And to mark the special day, the actor decided to share a picture on social media. Vicky took to his Instagram handle and shared a beautiful picture with his lovely mother.

The picture has the actor looking dapper in his trademark black t-shirt, which he has perfectly paired with white pants and a cool cap of the same color. On the other hand, Veena ji looked gorgeous in her simple white and pink suit. It was the cute smile on both the faces that displayed their happiness. Vicky paired the picture with a caption, wherein he wrote “Happy Birthday Maa!” 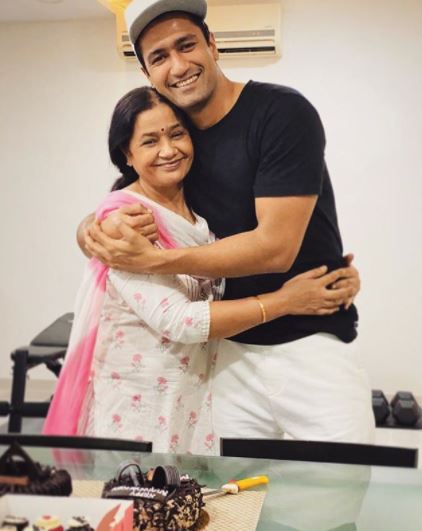 Time and again, Vicky is seen showering love on his mother by sharing glimpses of their camaraderie. Just a few months ago, Vicky had shared another picture with his mom wherein we could see Vicky having a conversation with his mom and the duo could be seen with a sweet smile on their faces.