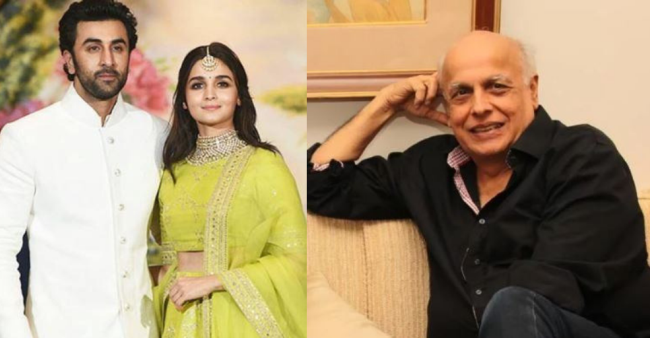 We don’t really need a particular day to love our dad because they deserve all the love and respect each and every day. We all love our father for the unconditional love and care they provide us. Let’s take a look at the coolest dads of Bollywood who are both reel and real-life heroes.

Aamir is a doting father of three kids, Ira, Junaid and Azad. Being a Mr Perfectionist onscreen, Aamir tries to be the same in real life too. He is often seen spending time with his kids. He is mostly seen having leisure time with his youngest child Azad. From enjoying playdates to going on holidays, Aamir makes sure he gives enough time to his little munchkin.

SRK is one of the coolest dads in Bollywood and he has proved it time and again. The actor is often seen with his 5-year-old munchkin AbRam going on holidays or playing him with. AbRam frequently accompanies SRK during his trips and the father-son duo has a gala time together.

SRK on bonding with his little son, once said, “When I am with Aryan sometimes, we just lie down in our shorts without our shirts and crack dirty jokes. He gets really excited telling me about the gaalis he’s learnt. I’m from Delhi and I’ve also been that age and my vocabulary of Hindi gaalis is fantastic (smiles). So when he tells me one, I tell him that I’ll teach him another version of it.” Whoa, now that’s pretty cool, isn’t it?

The doting father of two sons Hrehaan and Hridaan share a great bond with his sons. Though his sons do not live with him, but Hrithik makes sure to give all the love and attention to his boys by spending time with time. He takes them on holidays and frequently meets them to make sure they stay happy.

Talking about Hrithik’s rapport with his sons, a leading daily said, “Hrithik believes in mental stimulation for his children, so he has been creating comic strips and penning stories for his kids. He wants to impart important lessons that will help them grow up to be compassionate human beings. The stories are told in the format of comic strips and Hrithik designs the doodles himself.”

He is a daddy cool of one-year-old baby Inaaya. Kunal is quite elated to welcome the lil princess in his life and is often seen spending time with her.

Talking about fatherhood, Kunal said, “I want to know everything that she has done, even though she’s only feeding and sleeping right now. Earlier, I would finish the day’s work, go back home, put my feet up and watch something on TV or call friends over. But now, it’s all about her. She has become the centre of attention in my life.”

Junior Bachchan is surely a doting dad but he is a protective father as well. The actor won’t take any crap from others who point out at him or his daughter. Once when a lady tried to do so, Junior B shut her down with his witty answer. Abhishek always manages to take sometime out of his busy schedule and spends time with Aaradhya.

The actor is one of the coolest and the most handsome dad of Bollywood and there’s no doubt in it. Shahid is blessed with a baby girl Misha and is quite happy to be with her.

Talking about his daughter and how protective he feels about her, the handsome hunk said, “My daughter didn’t choose this glamorous life. What’s her fault? I hate to think of all the glare that’s on her. That is probably the only time I feel I should have had another job. I don’t want her to deal with it. It’s not good for children to go through this. They have a right to a normal childhood.”

The actor this year in September was blessed with a baby boy whom they named Zain Kapoor.

The Nawab of Bollywood is a proud father of three kids Ibrahim, Sara and the youngest one Taimur from his second marriage with Kareena Kapoor. Saif’s two kids from his first marriage are all grown up while Taimur is just two years old. Saif makes it a point to spend as much time as he can with his lil one.

Cheers to all the super dads of Bollywood and we wish to see them bonding with their kids like this forever!