As we all know that team India captain Virat Kohli and his wifey Bollywood beauty Anushka Sharma are expecting their first baby next year in January. Ever since the two made the big announcement, the stunners often shell out major goals for expecting couples by sharing their latest and throwback pics and videos on the social media platforms.

Today again, the Bollywood actress posted another delightful picture along with her darling hubby and ace cricket star. In the throwback photograph, Mrs. Kohli could be witnessed perfecting a yoga pose. At the same time, her hubby was seen helping Anushka in performing the Shirshasana. 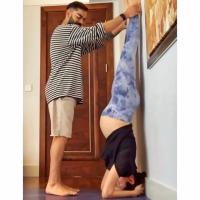 Kohli’s companion Anushka also talked about yogic exercises being a major part of her life. Anushka also credited her ‘very able husband’ for helping her in perfecting the Shirshasana. “For the Shirshasana, which I have been doing for many years, I ensured that I used the wall for support and also my very able husband supporting me balance to be extra safe,” the Bollywood actress penned the post.

Virat Kohli has been granted the consent to go back to India after the series opener of the India-Australia Test tour. Board of Control for Cricket in India (BCCI) rolled out a declaration that could be read as, “At the selection committee meeting held on October 26th, 2020, Mr Virat Kohli had informed the BCCI about his plans to return to India after the first Test in Adelaide. The BCCI has granted paternity leave to the Indian captain. He will return after the first Test against Australia in Adelaide.” 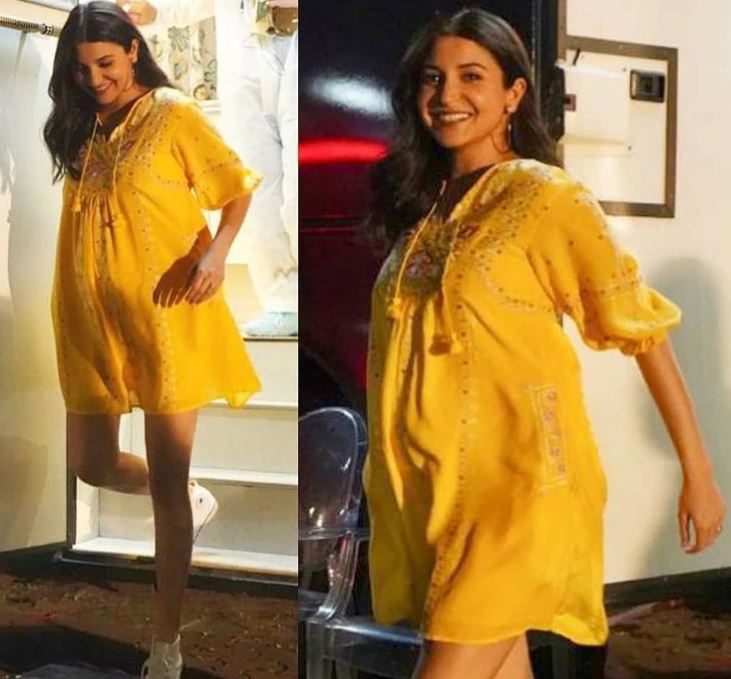 On this, Virat stated that the verdict was taken prior to the selection assembly that he will be flying back before the first Test. It was completely based on the point that there was a quarantine period in both manners.

Anushka has been unstoppable all through her gestation and is carrying on working even in her third trimester. Recently, she was witnessed at a studio filming an advertisement in which she proudly exhibited her baby bump.