Mouni Roy just kickstarted her career in the films by starring alongside Akshay Kumar in ‘Gold’. But apparently, it is not her Bollywood appearance. Yes! Mouni Roy has been on the big screen before. There is a throwback picture of the actress that has been all over the internet. It is from the day when she appeared as a backup dancer. It is a screenshot from a song from the 2004 film Run, which featured Abhishek Bachchan and Bhumika Chawla in lead roles 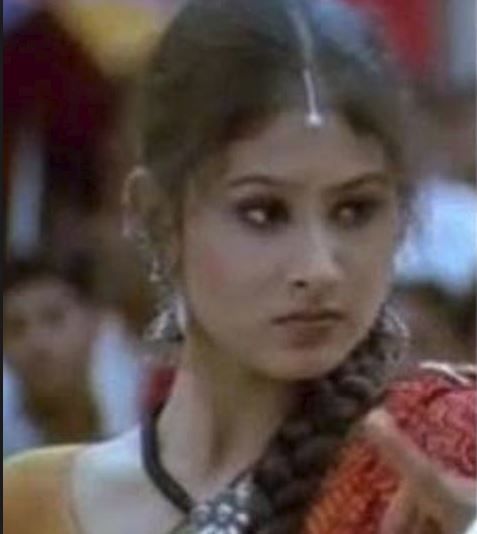 The picture is a screenshot from the video. She is seen dressed up as a fisherwoman. She was a backup dancer to a song called ‘Nahi Hona’ in the film. This was the first she appeared on the screen. In 2007, she was seen on ‘Kyuki Sas Bhi Kabhi Bahu Thi’, her debut on the small screen.

Now the story is totally different. She starred as a lead alongside one of the most amazing actors in the Bollywood Akshay Kumar. She has already released her next film alongside John Abraham ‘RAW – Romeo Akbar Walter’. As of now, the movie got a good response. The movie was released yesterday and people are praising the acting skills of both the leads. What is more impressive is the plot of the film according to some.

The movie is a spy thriller against the backdrop of the Indo-Pakistani War of 1971. It is directed by Robby Grewal. Mouni Rou has a huge fan base not only in the television world but also in the Bollywood industry as well. She gained a lot of fame after her character ina daily soap ‘Naagin’. Mouni Roy is unstoppable as she is all set for the release of her third film ‘Brahmastra’ starring Ranbir Kapoor and Alia Bhatt. She is said to be playing a huge part in the film. Apart from movies and TV shows, she makes it to the headlines for her dress sense as well. We hope Mouni Roy be as unstoppable as she is now for the rest of her life.