Navya Nanda Comes Up With A Candid Pic; BFFs Suhana-Shanaya Give A Big Thumbs Up

Navya Naveli Nanda has posted a new image from New York. It seems that the image has been taken by her bestie Suhana Khan. Suhana is also staying in the Big Apple city at the moment. The pic is priceless as Navya looks too adorable. SRK’s daughter couldn’t stop herself from commenting on her BFF’s new surprise on Insta handle.

In the new image shared by the star kid, Navya can be witnessed full of smiles. She has worn a red tube upper, black leather jacket along with branded denims. Big B’s laadli completed her appearance with a delicate golden necklet. Navya just made use of several exclamations to give a special caption to her photograph. 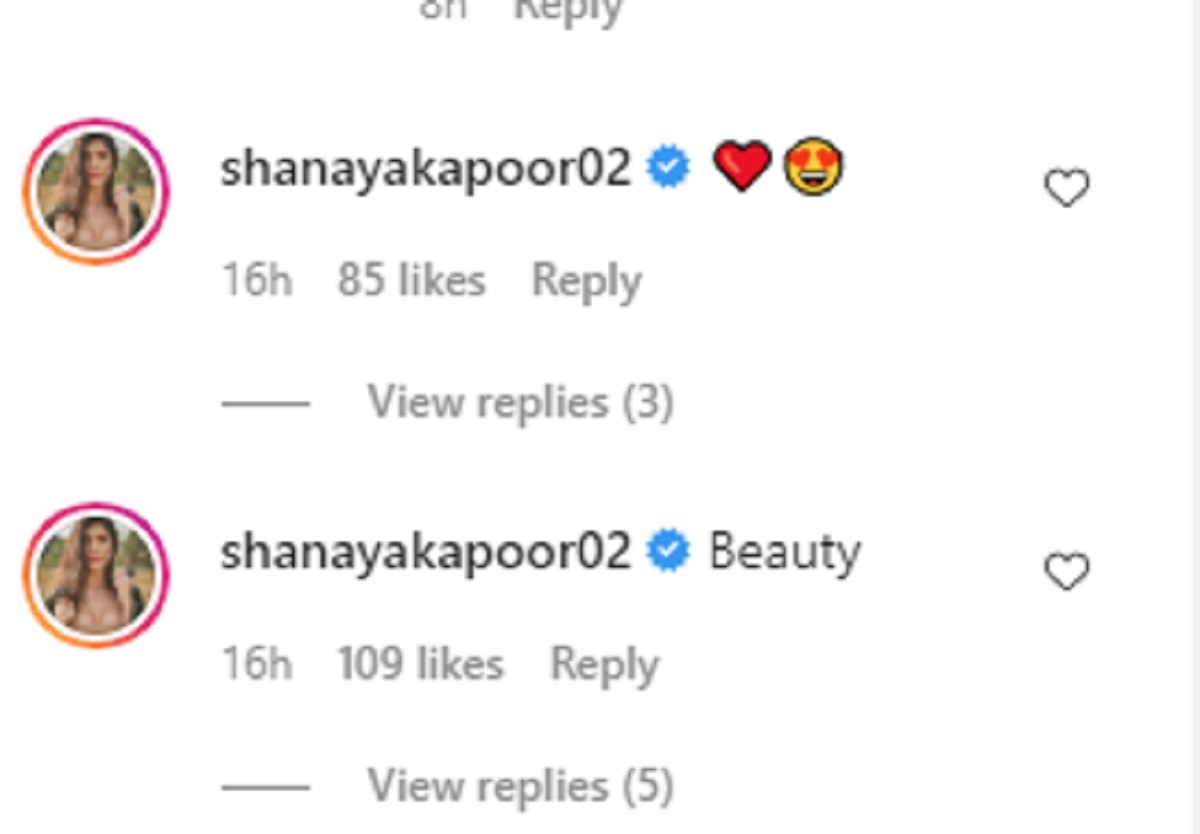 Suhana Khan, Shanaya Kapoor, Ananya Panday and Navya Naveli Nanda are best friends forever. Whenever they all in their home town i.e. Mumbai, these star kids can be frequently seen enjoying their outings together. 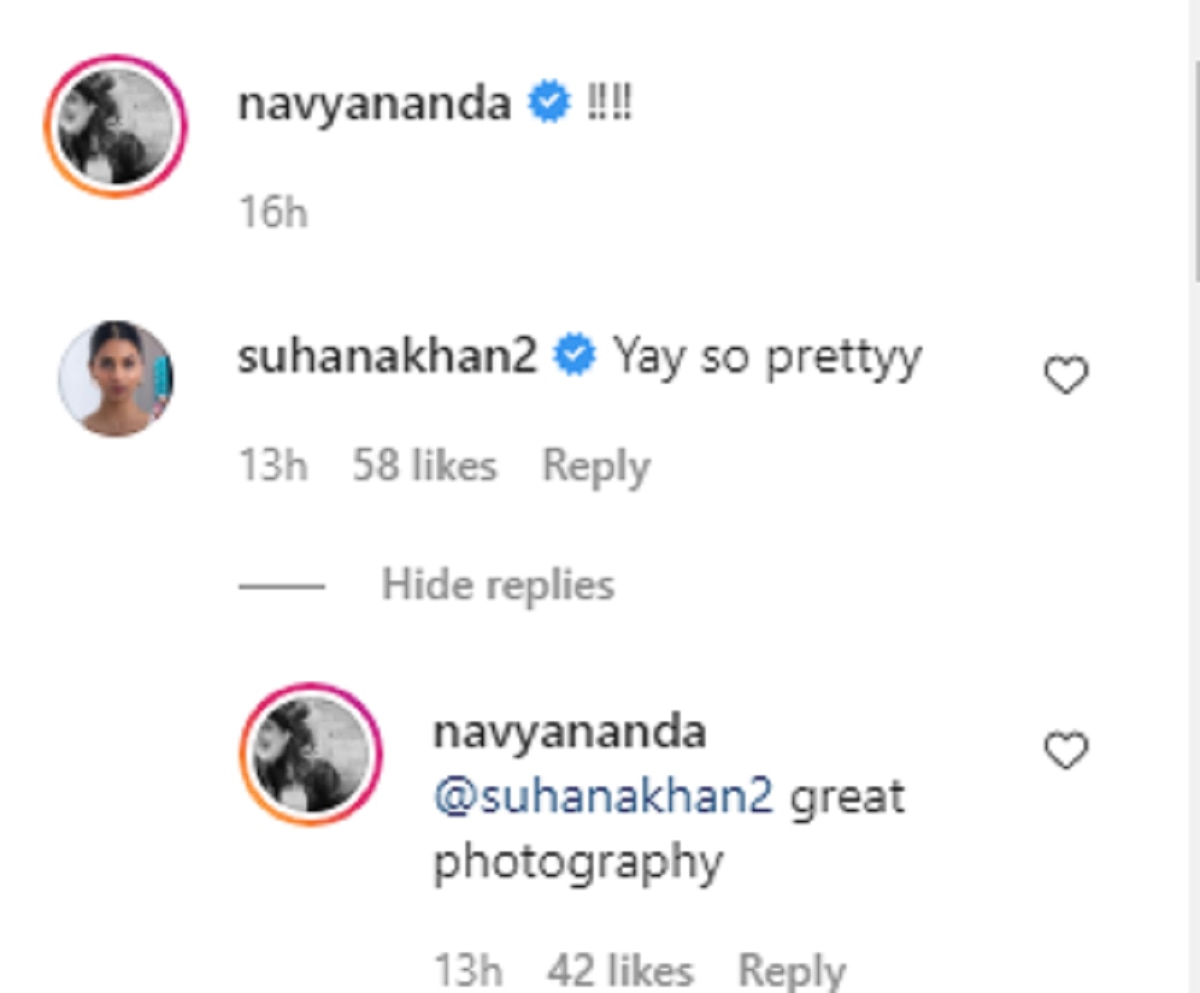 Navya Naveli Nanda is the grandkid of Bollywood’s most popular and veteran stars Amitabh Bachchan and Jaya Bachchan. She is the daughter of Shweta Bachchan Nanda and Nikhil Nanda. She did her graduation from New York’s Fordham University in 2020.