Neena Gupta shares a major throwback pic from 1985, asks whereabouts of her co-star 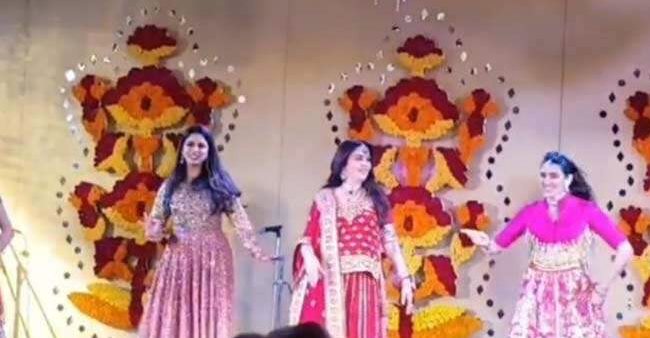 Actress Neena Gupta recently shared a major throwback picture, from the time where some of us weren’t even born. The ‘Badhai Ho’ actress took to social media to shares a picture of herself and her co-star Nikhil Bhagat from the 1985 film ‘Trikal’.

Sharing the picture, Neena asked a legitimate question of whereabouts of the co-actor Nikhil, with whom she clearly isn’t in touch with. In the caption, she wrote, “Throwback… Me and Nikhil in Trikal. Where are you Nikhil, what do you look like now?” Check out her post below:

The fans of actress Neena Gupta loved the picture, in which she looks very cute younger version of herself. They also took the opportunity to inform Neena in the comments, that Nikhil was last seen playing the role of Deepika Padukone’s father in Imtiaz Ali’s 2015 film Tamasha. For the unversed, Nikhil Bhagat made his Bollywood debut with Prakash Jha’s 1984 directorial ‘Hip Hip Hurray’.

Speaking about the picture that Neena shared, it’s from the film Trikal, in which Nikhil played the role of young Ruiz Periera. The film was directed by Shyam Benegal and was set in the timeline of 1961 in Goa, which were the last days of Portuguese rulers in India.

Alongside Neena, the film had an ensemble cast of stars such as, Leela Naidu, Naseeruddin Shah, Soni Razdan, Dalip Tahil, Anita Kanwar, K K Raina, Ila Arun and several others. The film was a massive hit, and received two National Awards as appreciation, one in Best Direction category and the other one for Best Costume Design category.

On the work front, Neena Gupta was last seen in National Award-winning film Badhai Ho. The actress currently has a lot of projects lined up, which include Ashwiny Iyer Tiwari’s ‘Panga’, Rohit Shetty’s ‘Sooryavanshi’ and ‘Shubh Mangal Zyada Savdhaan’.