From the time when the film stars Alia Bhatt and Ranbir Kapoor have begun dating, every other day, the reports are bringing out the tales of their alleged marriage. Their fans and followers have been keenly waiting for their special day. Whenever fans get to hear the rumors about their wedding, they started jumping with joy every time.

The love tale of Alia and Ranbir needs no introduction at all. It was Alia’s huge crush on Ranbir Kapoor that the world had heard her and had made them to join hands for a movie, Brahmastra together. The filming of Brahmastra had played the Cupid Alia and Ranbir. 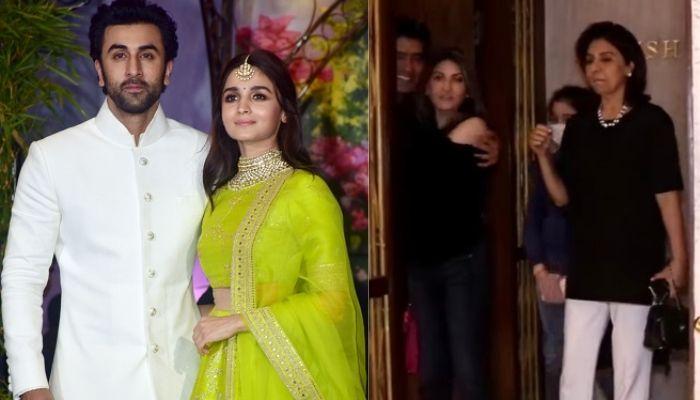 Now, their wedding will be just a formality. Alia and Ranbir accepted their relationship on Sonam Kapoor Ahuja and Anand S Ahuja’s marriage reception as they were seen walking hand-in-hand, leaving their fans happy. Now, it seems that 2021 will be the year when the two biggies will tie the nuptial knot.

Recently, Ranbir and his mom Neetu Kapoor got clicked with Alia as the trio visited the site of their new place. This ignited the rumors of their marriage once again. It was stated that Ranbir and Alia are getting their new home ready before getting married.

Now, a few hours back, Ranbir’s mom Neetu Kapoor, sister Riddhima Kapoor Sahni and his niece Samara Sahni got clicked outside top designer, Manish Malhotra’s studio. This reignited the marriage reports of Alia Bhatt and Ranbir Kapoor. With the nonstop occurrence of such events, the marriage reports of the two seem to be coming into reality shortly.

Amid the reports of Ranbir and Alia’s 2021 marriage, the latter had clarified in a media talk, “When will I marry? Why is everyone asking me when I’m going to get married? You know I’m only 27 years old, and I think it’s too soon to get married right now.”