Neha Dhupia Is Not Taking Maternity Leave, Filming New Season Of Her Show

Neha Dhupia shared many photos from the sets of her talk show No Filter Neha, which went on floors from Monday onwards.

There is no doubt that actress Neha Dhupia wants to leave her work commitments aside and go on a maternity leave. She doesn’t believe in taking pregnancy breaks and her latest Instagram pictures prove it all. After announcing her pregnancy on social media last month, Neha resumed work from Monday.

Neha started shooting for the third season of her talk show No Filter Neha. She also shared many behind-the-scenes pictures from the sets of the show along with actor Ayushmann Khurrana (who was the first guest on the show). The 38-year-year-old actress wrote: “And so it begins … the chats, the laughs and the amazing guests … the making of No Filter Neha season 3.”

In her post, Neha also thanked Ayushmann and wrote: “Ayushmann, thank you for being the one to kickstart our recordings … you were so warm and wonderful.”

Neha Dhupia looked very cute in her printed red dress. Did you also notice the pregnancy glow on her face?

Neha is frequently seen making public appearances with Angad Bedi. The couple was recently spotted walking hand-in-hand on a brunch date over the weekend.

Here are the pictures from their outing: 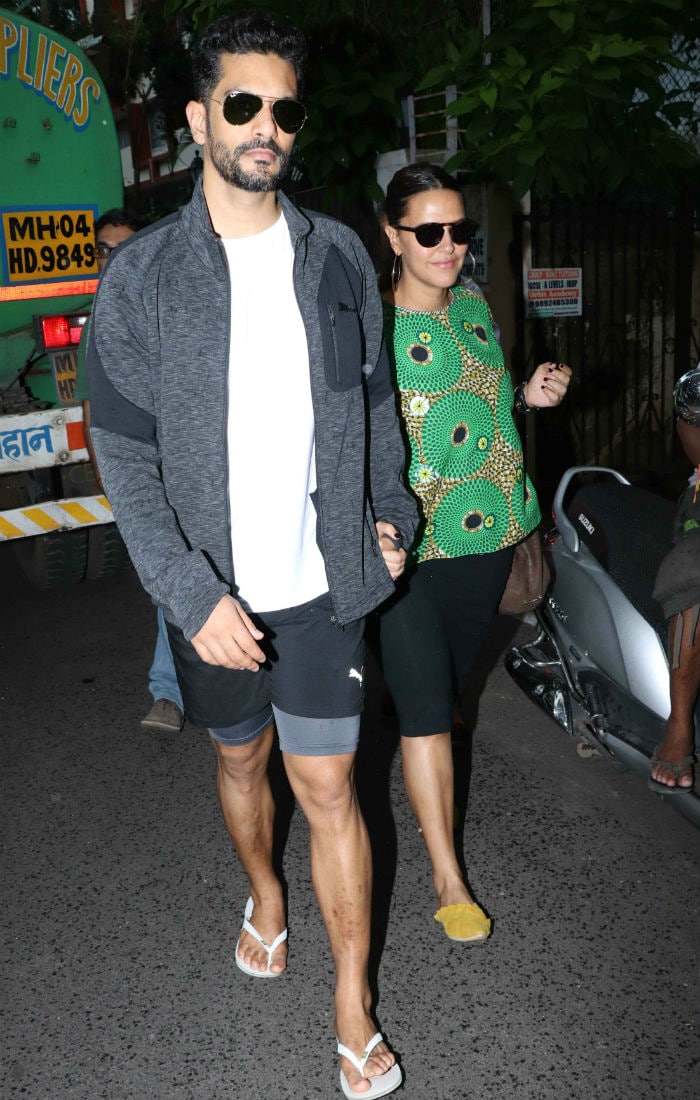 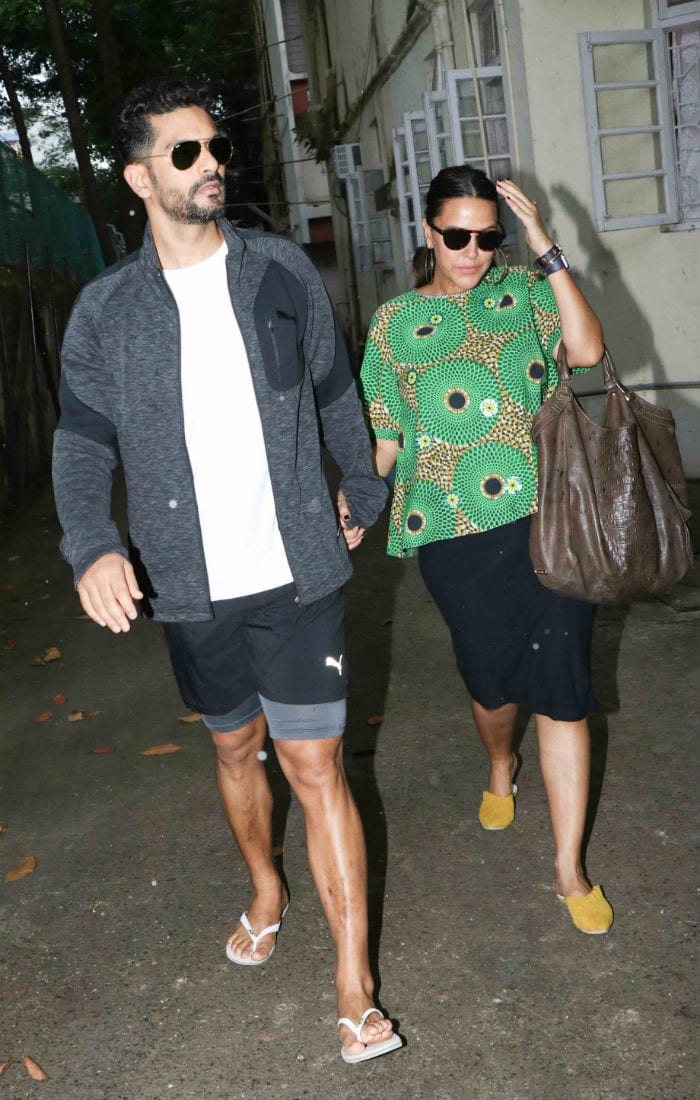 After announcing their pregnancy, Neha and Angad made their first public appearance together at the Mumbai airport a few weeks back. The couple even walked the ramp together for designer Payal Singhal’s ‘The Show-Stopping Bride’ collection at the Lakme Fashion Week.

Neha and her hubby Angad announced about her pregnancy a few weeks ago on the social media. They shared many grey scale pictures on their respective Instagram account. Neha wrote: Here’s to new beginnings. Three of us.” Angad, on the other hand wrote: “Ha! Turns out this rumor is true. Three of us.”

Neha Dhupia and Angad Bedi had a hush-hush wedding at a Gurudwara on May 10 in Delhi. Neha and Angad shared the big news on social media.

On the work front, Neha Dhupia was last in Netflix’s anthology Lust Stories, in which she a part of the segment directed by Karan Johar. Neha awaits the release of Helicopter Eela, which co-stars Kajol.

Neha Dhupia is a former beauty queen, who has featured in several Bollywood films including Singh Is King, Hindi Medium and Tumhari Suluamong others.