Before Nick Jonas, Bollywood Beauty Priyanka Chopra Was Linked To Many Other Men 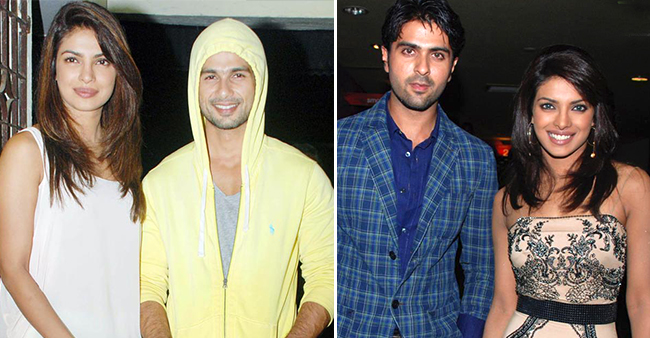 Bollywood actress Priyanka Chopra is now an international star. She sees a journey of being crowned as Miss World to become a Bollywood star to appear in American TV show Quantico to feature in Hollywood films. Her professional life is so open but can’t say the same for her personal life. Now, the actress is all set to marry American singer and actor Nick Jonas.

Although, Priyanka never accepted any of her affair to the public, but her connection to these men are enough to prove her link up. So, let’s know who were these men.

During the initial days of her modeling, she allegedly dated him but later dumped him after bagging a big Bollywood project. Even Priyanka’s ex-manager Prakash Jaju confirmed it but saying that it was a rather stormy affair. At the time when Harry Baweja’s son Harman Baweja was making his debut in the film industry with Love story 2050, he was dating Priyanka. The rumors say that the two dated each other for 5 years. It all came into light when the IT department showed up at Priyanka’s house early in the morning and the door was opened by Shahid Kapoor. The news broke out and it made all kinds of headlines. However, they never cleared the air about their relationship. There was a time when these two were giving back to back hits together. Their on-screen chemistry was so perfect that ignited chemistry off screen too. However, soon Akshay’s wife Twinkle Khanna’s interference changed everything. Shah Rukh has always been known for being a committed husband to Gauri Khan. But the rumors of him dating Desi girl hinted towards their very serious affair. Soon Gauri entered the picture and took back her husband. They never confirmed their affair obviously. Tom Hiddleston was seen openly flirting with PeeCee at Emmy’s after party. At the end of the night, they also exchanged numbers. However, nothing was confirmed at both ends. And now Priyanka Chopra is all set to marry Nick in December. They had their roka ceremony back in August this year and will get married in India. We wish her a good life!