Nick Jonas and his brother Joe treated their Instagram followers on Tuesday when they wished another sibling Frankie Jonas on his birthday via the social media platform. Priyanka Chopra, Nick’s wife, and the beautiful actress too left a heartfelt wish for her brother-in-law. The wishes made Frankie’s day really special as well as touched the hearts of netizens too. 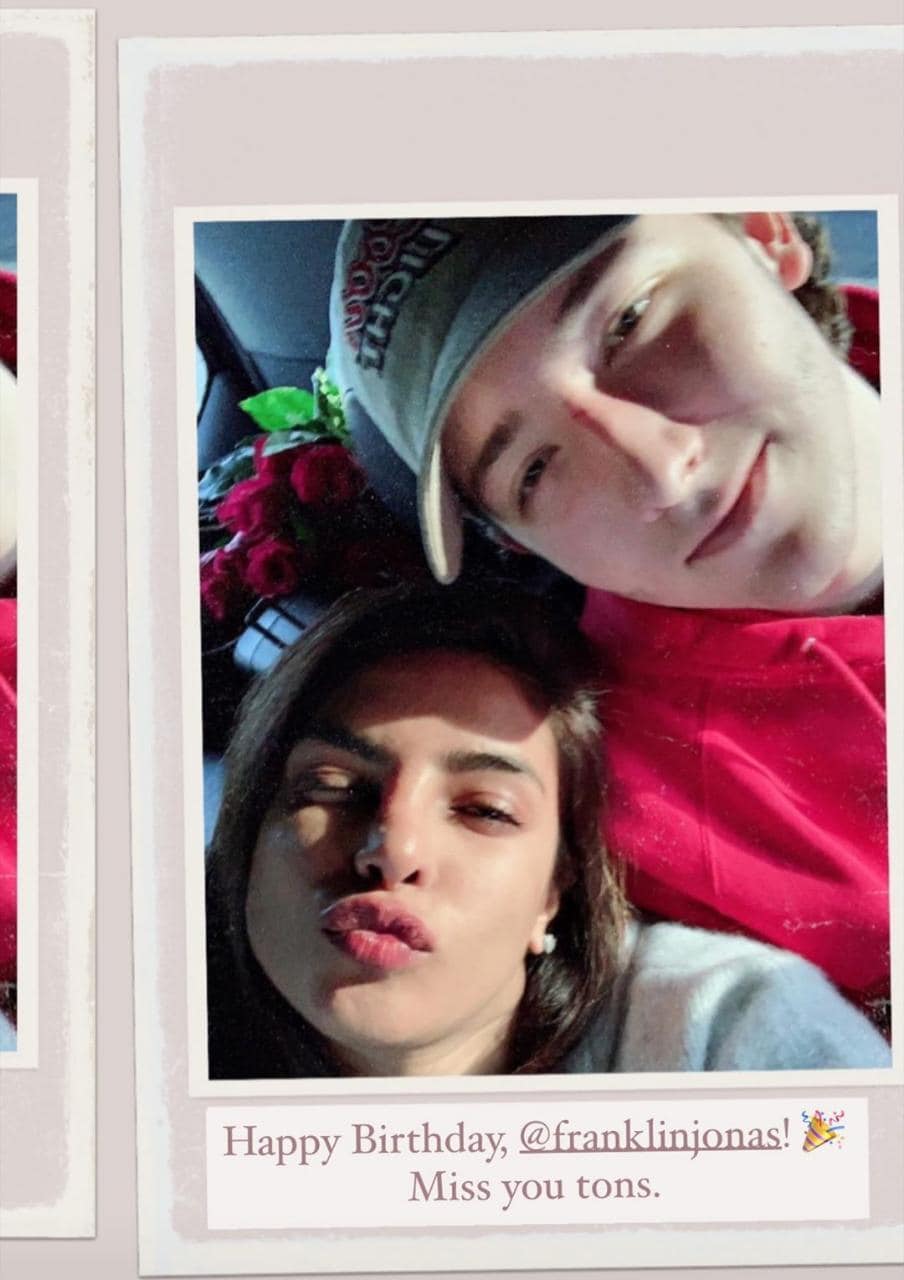 Nick and Joe found out some of their pictures from childhood to share on their IG stories along with birthday notes. Nick mentioned his brother as a lovely man and also wrote that he missed him. “Happy birthday to my little bro, Frankie Jonas. Miss you and love you man!” Nick captioned the photograph.

Joe Jonas expressed his deepest feelings towards his brother and wrote that he is proud of him. “Happy Birthday, Frankie Jonas. So proud of the man you have become! Love you, bro!”

Nick had shared a photo of himself and Frankie from their childhood. Joe shared two pictures and both of them were too cute. One showed the elder brother feeding the younger one who is only a toddler. The other photo shows the elder brother helping the toddler to play toy drums. Priyanka, on the other hand, posted a recent picture of herself with Frankie to wish him with a sweet note.

Paul Kevin Jonas, Frankie’s father, also sent a birthday message to his son calling him handsome and he said that he could not be more proud of him. Nick and Priyanka had attended the graduation of Frankie and the pictures took rounds on social media for a while.

Nick and his siblings started a musical brand in the year 2005 titled Jonas Brothers. They worked in Disney series and Camp Rock films before they parted ways in 2013. But they reunited again last year. After coming back together, they released a track with their wives and it was a hit.