Karan Mehra has been a popular household face ever since his television debut in year 2009 with Yeh Rishta Kya Kehlata Hai. But, he started his career as a fashion designer and model. He made his Bollywood debut in 2008 with Love Story 2050, before entering into the television industry.

He became country’s favourite ‘beta’ with his role as Naitik Singhania. Karan had worked as a stylist for the film Hastey Hastey and that changed his life forever. Karan had met the love of his life, Nisha Rawal, on the sets of the film and after dating her for six years, they had tied the knot in 2012. And ever since then, we have seen the couple celebrating their love in every manner possible over the years. The couple often gives sneak-peeks into their personal lives on their social media handles. Recently, Karan Mehra turned 38 years old on September 10, 2020 and wifey Nisha made sure to make it as special as he is. And Karan ringed in the special day with his wife Nisha, son Kavish and mother-in-law Laxmi Rawal by his side. The couple looked adorable as they twinned in black. Karan made Khow Suey for his birthday eve family dinner.

To make the day more special, Nisha Rawal arranged a ‘party in a box’ themed bash. She sharing the glimpses of the same on her Instagram and paired it with a long heartfelt message full of love for her hubby. 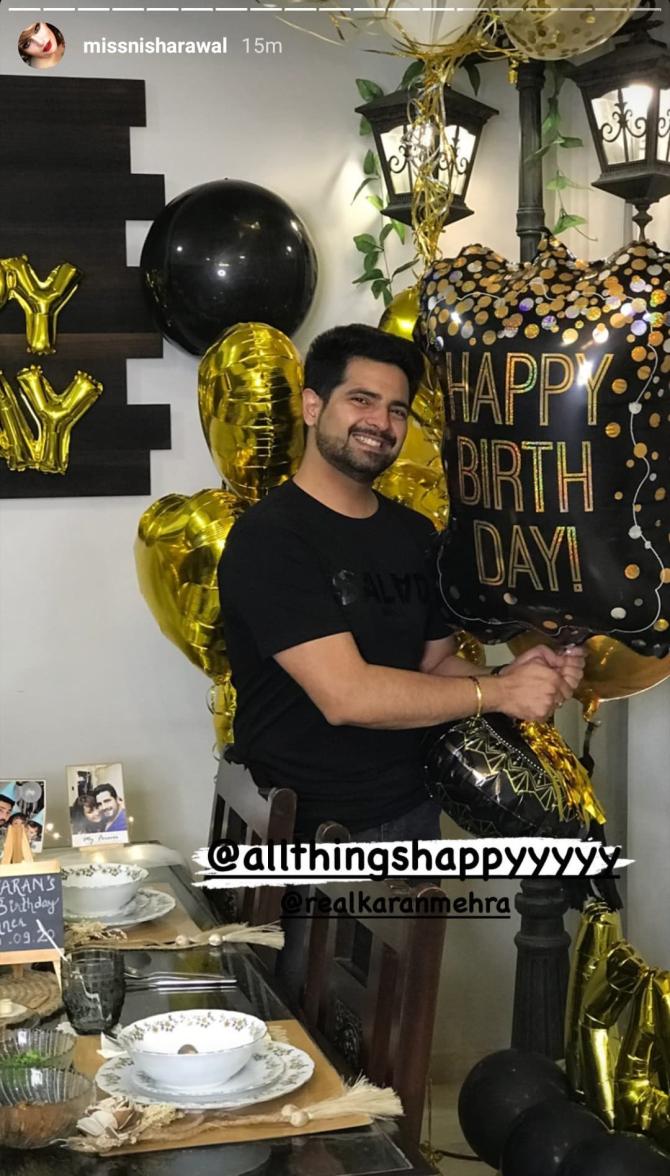 It was in the year 2017 when Karan was in Bigg Boss house. The couple was happily married for four whole years when Nisha found out that she was expecting a baby and the couple would soon become parents. And soon the adorable couple had welcomed their little bundle of joy, Kavish Mehra, into their lives on June 15, 2017.