Nysa Devgn dolls up in an off shoulder top and denim, reminds fans of her mom Kajol’s teenage 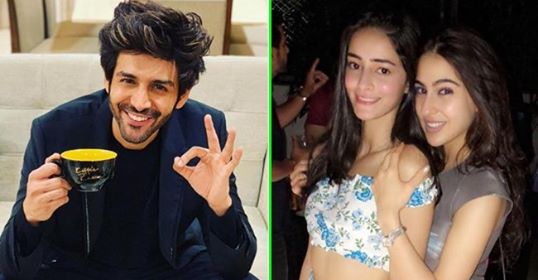 Ajay Devgn and Kajol’s daughter Nysa Devgn is one of the most popular star kids nowadays. The diva is growing up so early and we as fans couldn’t be any more excited to watch her in movies soon. Recently, the whole Devgn family made their way to the Bachchan’s Diwali Bash and its fair to say they grabbed all the spotlight.

Time and again, Nysa has been hailed as the splitting image of her mom Kajol. At the Diwali bash, she stunned in a white lehenga choli accompanied by her younger brother Yug and mommy Kajol. More recently, she dolled up again as seen in a picture shared by one of Nysa’s fan pages on Instagram.

Nysa was seen wearing an off-shoulder white top and denim skirt and was seen flashing her million-dollar smile. For a second there, we couldn’t help but compare her to Kajol’s teenage as they both look so similar. She has a huge fan following on Instagram but time and time again, just like other star kids, every move of hers comes under the scanner and because of this, she has been trolled various times.

Netizens have targetted Nysa out for her outfits but it seems to have little effect on her. Her father Ajay Devgn, when questioned about the issue opened up and said that the family doesn’t give much attention to trollers who comment negative things using fake profiles.

“Honestly speaking, those people don’t really matter. But I feel bad sometimes when my kids go through such harsh trolling. She (Nysa) used to get upset over trolling earlier, but now she doesn’t care about it anymore. She knows how to deal with it. She has accepted that there will be some people who will keep judging no matter what,” Devgn told a leading news agency.

On the work front, Ajay will next be seen in the film ‘Tanhaji: An Unsung Warrior’ that releases next year. Shweta Tiwari To Daughter Palak: “I Hope My Experiences & Actions Turn A Guiding Light In Your Life”...