Deepika Padukone is one of the most popular actresses. Her grace and poise, be it on screen or off screen always leaves fans more elated about her presence. Now, it has been 13 years since she made her big Bollywood debut with the film ‘Om Shanti Om.’ In the movie she starred opposite the King Khan of Bollywood.

It was a reincarnation drama and was released on November 9, 2007, and it also starred Shreyas Talpade, Arjun Rampal, Kirron Kher, Bindu Desai among others. . The iconic film was helmed by Farah Khan, and now completes 13 years. To mark the special day while the lead actress shared a post of gratitude, she also did something unusual and sweet. 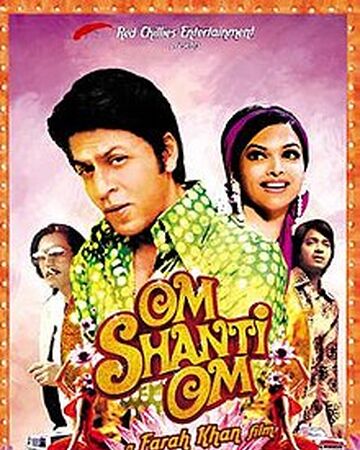 As Deepika Padukone played the role of a film actress named Shantipriya Kashyap aka Shanti. When the movie, Om Shanti Om, turned 13, Deepika changed her Twitter as well as Instagram name to Shantipriya. To pay gratitude and tribute to her debut character, Deepika also changed the profile picture on the two social media platforms.

Now, her her profile picture on both the social media platforms shows a still featuring her and Shah Rukh Khan from the film. She took to her Instagram handle and shared a picture there that features herself, Shah Rukh Khan, Farah Khan and others. She captioned it as “Only & Only Gratitude…#13YearsOfOmShantiOm #13YearsOfShantiPriya @farahkhankunder @iamsrk” The movie was a hit at the box office, and Red Chillies Entertainment also celebrated 13 years of the film. They as well took to their social media handle and shared a picture with caption. That said “Here’s to an iconic film, which taught us that true love and dreams travel beyond time! Celebrating #13YearsOfOmShantiOm and its magic.”

Deepika had won the Filmfare award for the Best Female Debut for Om Shanti Om. This was her debut movie, and since then, there has been no looking back for the gorgeous actress.