On Sunny Deol’s 64th Birthday, Bobby Reveals His ‘Bhaji’ Did Everything For Him Their Dad Did For Big B 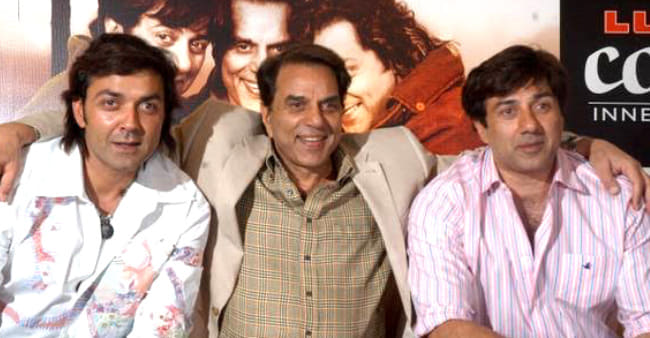 Bollywood’s dashing hunk Sunny Deol turned 64 today. On his big day, the actor’s younger and ‘laadla’ bhai Bobby Deol shared a special tale about how his ‘Bhaji’ made a lot of attempts to launch him in the Hindi film industry.

Junior Deol stated that Sunny tried too hard for his debut movie, Barsaat. Sunny, who is acknowledged for blockbuster films such as Ghayal, Gadar, Ghatak, Border, and more, is a versatile, multi-talented, and down to earth personality. Sunny and Bobby always give first preference to their families. In simple, we can say that the two are family-oriented stars.

During his recent media talk, Bobby revealed that his ‘Big B’ took over the reins from dad and he would do all the things for him that their loving and caring daddy Dharmendra would do for Sunny.

Bobby told media people, “My brother decided that what dad had done for him, he wanted to do for his younger brother. It’s a tough job to get everything organised on a film, and my brother didn’t shoot for his own movies for a whole year while supervising Barsaat, that’s how involved he was.”

Bobby Deol also shared that they finally filed the flick in Mysore, Bangalore, Mumbai and Manali and after completing the filming, his brother wanted to augment his introduction sequence.

“There was a fight with a tiger in that sequence and my brother decided we would film it in a small town in Italy where a man had his own zoo and he took very good care of his animals. I went to Italy and shot with a real tiger… I was so scared that what if it pulls off a part of me?”

Bobby further added that once his leg got fractured while running during the last film sequence. “Then my brother decided to do more with my part. We went to the Lake District in the UK and my brother wanted to do shots of me galloping with horses in the woods. Luckily, the film was complete by then. We did the dubbing and the mixing in England because my brother wanted me to stay there and get treated.” Nakuul Mehta grooves with wife Jankee on a romantic song on her Godh Bharai Rasam... Bebo Posts An Adorable Family Pic From Their Recent Trip To Dharamshala... Sushmita Sen’s beau, Rohman Shawl gets her initials inked temporarily on his forearm...