Priyanka Chopra is one of the biggest stars of Bollywood and has achieved all the success on her own terms. The actress after ruling the Hindi film industry, PeeCee stepped in Hollywood and got immense success. Now she is recognized as a Global Icon. Just like her, Priyanka’s cousin sister Parineeti Chopra too stepped in Bollywood and over the years got success. However, Parineeti has not acquired the same kind of success the way her elder sister did but still, she is making her way to get more recognition for her work.

However, there’s no comparison between Priyanka and Parineeti’s stardom and popularity. But when it comes to movies and how they perform at the box-office, it is simply unpredictable. And there was one time when Parieenti left behind Priyanka with her film. Sounds surprising? But its true. 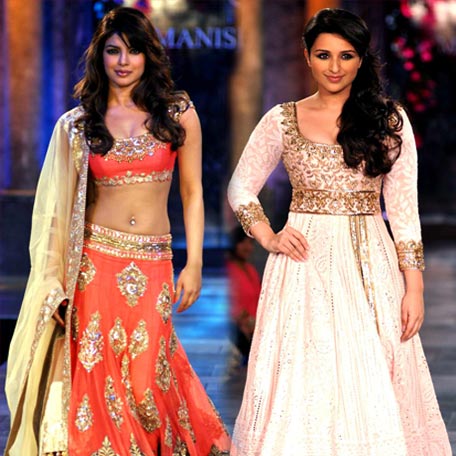 There was a time when both the Chopra sister’s film released on the same day at the box-office and guess what Praineeti’s film performed well than Priyanka’s.

Priyanka starrer Zanjeer which was the remake of 1973’s Zanjeer released, it was Parineeti, Sushant Singh Rajput and Vaani Kapoor starrer Shuddh Desi Romance released on the same day.

No one had any idea that Parineeti’s film will win against Priyanka’s film. While Shuddh Desi Romance became a huge hit at the box-office, Priyanka’s Zanjeer as a massive dud. In spite of having a stellar cast of Sanjay Dutt and South Star Ram Charan Teja, the film did not manage to impress the viewers. On the other hand, Shuddh Desi Romance had new stars like Sushant and Vaani but still managed to win hearts.

On the work front, both Priyanka and Parineeti are doing well. While PeeCee will make her Bollywood comeback with The Sky Is Pink opposite Farhan Akhtar and Zaira Wasim. Parineeti is gearing up for the release of Namastey England opposite Arjun Kapoor.