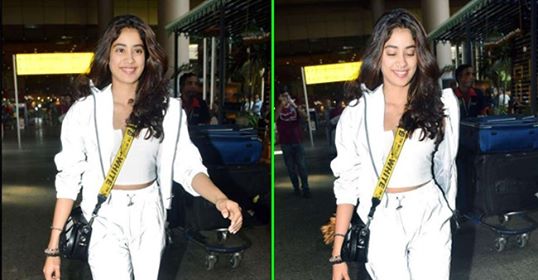 Kausatii Zindagii Kay co-stars Parth Samthaan and Erica Fernandes were the darling of the television industry. However, as per multiple reports, they have now decided to part ways. According to sources, Parth’s repeated closeness with Priyanka Solanki caused Erica and his c0-star to call it quits between them.

However, in more drama, Parth Samthaan is now being linked to another of his co-stars from the show, Ariah Agarwal. After his break up with Erica, Parth seems to have moved on in life and found another sweetheart in Ariah.

The duo was first linked with each other a video of them dancing to the song ‘Neend Churayi Meri Kisne O Sanam Tune’ did rounds on the internet. Soon after, another dance video of the two emerged where Parth and Ariah were shaking a leg on the song ‘Oh Oh Jane Jana’. Moreover, as per further rumours, Parth has been spotted outside Ariah’s house in Lokhandwala on a few occasions.

Recently, Ariah tried to clear the air around Parth and herself with a picture of the duo that had a very unique caption. She wrote, “Hey alexa! What is Pisces and Pisces friendship compatibility?Alexa:100,” which in some sense is a kind of denial of the rumours regarding her relationship.

Ariah before coming into KZK, was a part of the show ‘Kya Haal Mr Panchal’. Currently, she’s playing the role of Misha Chaubey, Komolika’s sister. Parth meanwhile, rose to fame with the show ‘Kaisi Yeh Yaariaan’ and became a household name after reviving the iconic role of Anurag in KZK.