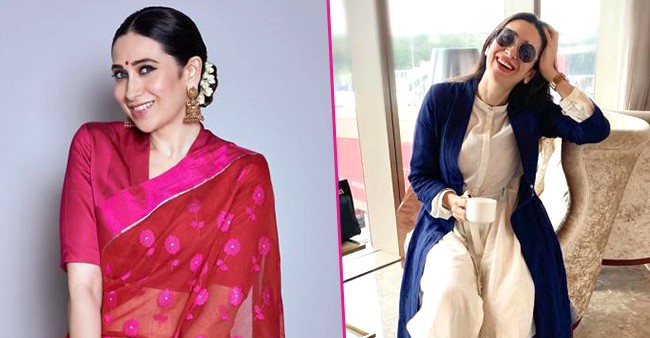 Kartik Aaryan, Anaya Panday and Bhumi Pednekar are on a spree these days to leave no stone unturned to promote their upcoming film Pati Patni Aur Woh. Based on the prequel of the same name, the film is directed by  Mudassar Aziz and produced by Renu Ravi Chopra.

While the film is slated for a December 6 release, before that, Kartik Aaryan, Ananya Panday and Bhumi Pednekar stepped out to promote their film. While the trio posed for shutterbugs in the city, they all looked adorable. Kartik looked dapper as always in an olive jacket, on a printed t-shirt and black pants.

Ananya meanwhile, looked super cute in a floral printed dress and Bhumi Pednekar decided to go all-black for her attire. The three celebs posed and got clicked by the paps in the bay.

As per rumors, Kartik will play of Chintu Tyagi, his wife will be Bhumi Pednekar, while Kartik falls for his secretary Ananya Panday. What transpires next between Pati, Patni Aur Woh is the story of the film. However, the film has also been under the scanner some of its references which Bhumi duly defended.

“When I read the script, all the doubt that I had simply vanished. This film has lots of fun but, at the same time, it is not frivolous. The story is very empowering to both genders. Nobody is black or white in the story, just as in real life. I think that the maker made sure that this does not turn into a sexist, baseless film,” she said at the trailer launch event.

She further added, “I do not think, anyone who is part of this film, including us actors, belong to that school. We were extremely conscious of the fact that we do not end up making it into a sexist comment. The moment I read the script I felt it was so beautiful.”