PeeCee Has An Apt Answer As Anushka Asks A Significant Question Bollywood actress Anushka Sharma recently joined her work back after delivering a baby doll, Vamika, in the month of January 2021. The Jab Tak Hai Jaan fame actress has come up with an image from one of her photo sessions along with a caption that can be read as “happy Monday is an oxymoron.” Seeing her post, the actress Priyanka Chopra Jonas has agreed with Anushka’s caption. PeeCee also shared a comment on the post. She wrote, “For sure! Haha.”

Priyanka also added a skull emoticon along with her comment. In the image, Anushka is wearing a green upper, royal blue trousers, that she matched with yellow shoes with a blissful look.

Priyanka Chopra and Anushka Sharma were seen together in the movie Dil Dhadakne Do that reached the theaters in the year 2015. Anushka, who embraced motherhood on January 11, was originally planned to join work back in the month of May but she came back to work two months before she was likely to confront the arclights. 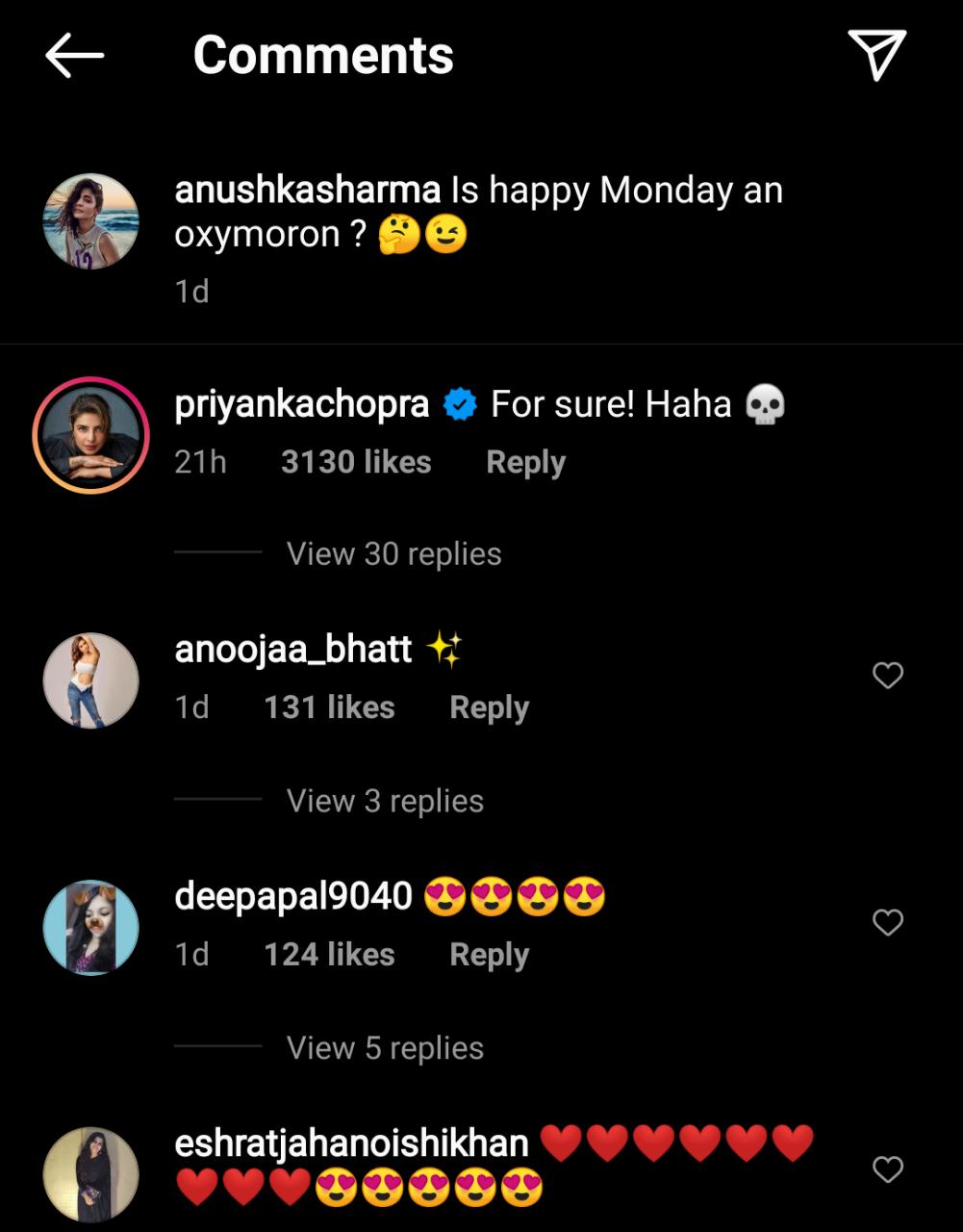 Anushka took a break from work after Aanand L Rai’s 2018 movie Zero as she had been working nonstop. Anushka Sharma has not yet declared her next movie after Zero. The actress is presently busy looking after her baby and her production house, which has funded the critically applauded projects during the lockdown comprising Bulbbul and Paatal Lok. Her production company Clean Slate Films will release a new Netflix series, titled Mai.

In the meantime, Priyanka Chopra Jonas recently completed the filming of her forthcoming Hollywood movie Text for You. On Monday, she walked the BAFTAs red carpet together with her spouse, Nick Jonas. Priyanka and Nick have been enjoying their quarantine stay in London, as she films the Amazon Prime series Citadel.