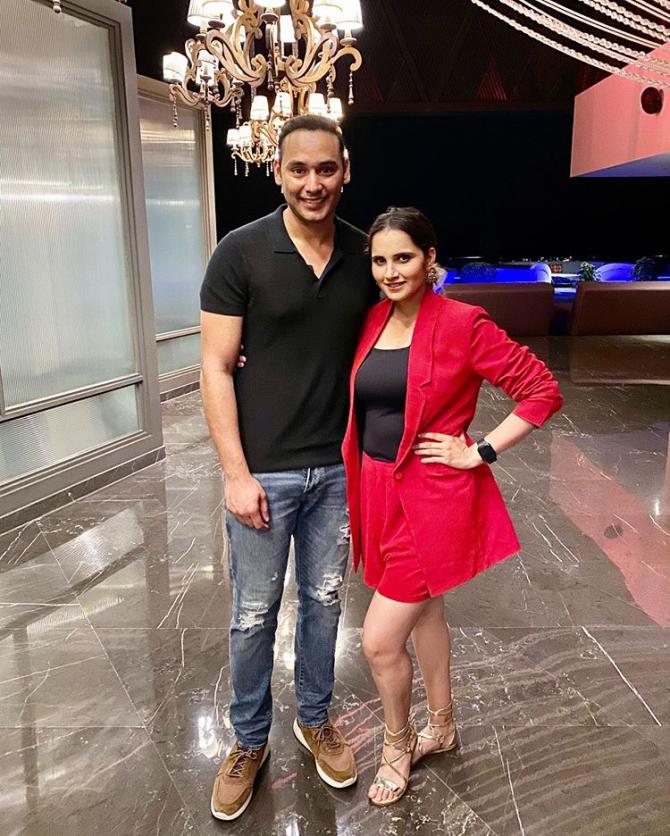 Since making her debut with Student of The Year 2, Tara Sutaria has gained a lot of fame in the film industry. She recently appeared in the film Marjaavaan alongside Sidharth Malhotra, and her performance was truly superb in the film. However, not many know about the non-identical twin of Tara, Pia Sutaria.

Trained in dance just like her sister Tara Sutaria, Pia is known to be a talented dancer. Not so long ago celebrity photographer Viral Bhayani shared a few pictures of the two sisters on Instagram which got the netizens talking about the similarities between the two nonidentical twins.

Pia is a former beauty pageant holder and an accomplished model. Just like her sister Tara Pia too does Ballet, in fact, she heads the Bala division of Ashley Lobo famous Dance School ‘Danceworx.’

As for higher education, the curly-haired beauty has graduated from the Royal Academy of Dance, London and she also has a graduate degree from the Trinity Laban Conservatoire Music and Dance also from London.

Time and again Pia shares pictures of herself doing ballet on social media she boasts a strong family of 20000 followers.

The 24-year-old has dedicated her life to performing arts and she is also trained in Indian contemporary dance forms, in fact, she is a part of Indian dance company Navdhara.

Apart from her dancing accomplishments, she is known to be a model and she has featured on various fashion and lifestyle magazine covers.

Pictures of the two sisters went viral sometime back and because they are not identical twins, the differences between both of them are fairly visible, for example, Tara is known to be an accomplished singer while her sister Pia prefers dancing.