Bollywood diva Madhuri Dixit and Dr. Sriram Nene, Los Angeles based cardiovascular surgeon, married each other in 1999, at a time when she was one of the leading actresses of Bollywood. Whenever she has been asked about the decision to leave her career all of a sudden, she stated that she was in love and that was enough reason for leaving every other thing behind.

Later, we saw her spending a happy married life with Dr. Nene. After marriage, they got shifted to the US. She has two kids Arin and Ryan. They came back to India after a decade. As Madhuri will always be the ‘dhak dhak’ girl in the hearts of millions of her fans, she has gained the limelight again after returning to India. 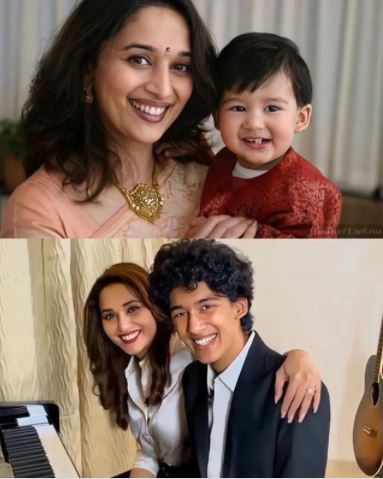 It is mainly because of her social media activities. She projects herself to be a happy and perfect woman with an adorable family but she has kept her charm alive forever, even after her elder son Arin becomes a young man of 17 years. 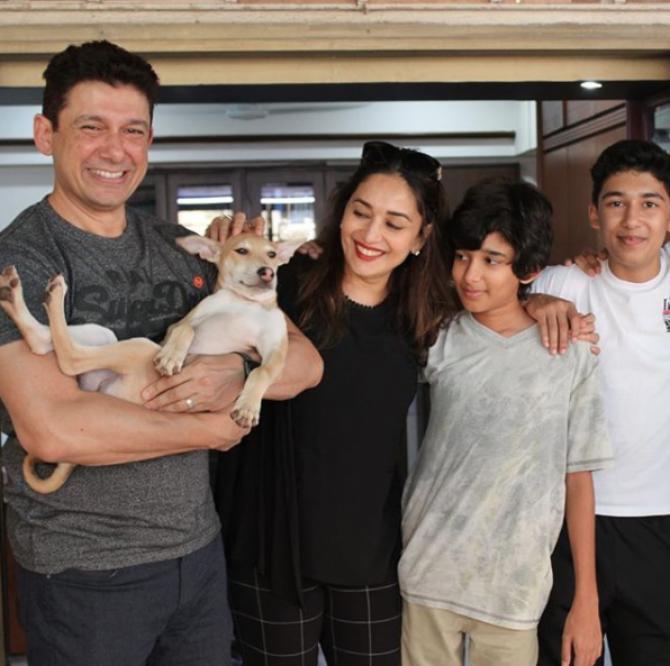 Madhuri’s smile, her eyes, and her graceful body language have made her a perfect lady of dreams for many. Her age seems to have stopped. A fan page has shared then and now picture of the actress. The photo only proves that she is and will remain evergreen. The then picture shows Madhuri holding baby Arin in her arms and both are smiling.

The recent picture is of the mother-son duo where Arin and Madhuri are sitting on a bench and there is a piano in front of them. Here, they are smiling too and the gorgeous mom has held her son by his shoulder. The difference is Arin has become a handsome young boy in this picture whereas his mother is as radiant as ever.

During April 2020, Madhuri had a post in which Arin could be seen playing the tabla as the actress was dancing with her ghungroos on. In the caption, Madhuri had written, “Quarantine is making all of us do things that we’ve always wanted to. Watch till the end to find out what I have always wanted to do #WhenArinDancedWithMadhuri.”