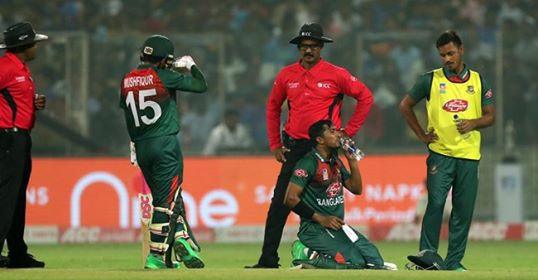 Actress Navina Bole, who is better known for her roles in shows such as ‘Ishqbaaaz’ and ‘Miley Jab Hum Tum’  was recently blessed with a baby daughter earlier this year. She is married to Jeet Karann, and the couple named their daughter ‘Kimaayra’. Since then, the proud parents have been sharing various pictures with their little munchkin.

Navina herself shared pictures from her birthday with her fans on Instagram. In the pics, we can see Navina with her family members, and she is holding her little bundle of joy who looks every bit happy. After celebrating at home, Navina and her family headed over to a restaurant for dinner and they clicked a picture there as well.

Since then, she would go on to cement her reputation as an actress by doing prominent roles in various leading television daily soaps such as ‘Na Bole Tum Na Maine Kuch Kaha’, ‘Jeannie Aur Juju’ however, it was her role of ‘Tia’ the ex-fiancee of Shivaay from the show Ishqbaaaz that really made her a household name.

Either way, we’d like to wish Navina a belated happy birthday and much more success in her career and good health to her little baby Kimaayra. Kriti Sanon spoke about paparazzi covering the funeral of Dilip Kumar as ‘insensitive’ and ‘horrible’, says ‘I was angry when I saw those videos’...