Pooja Bhatt turned 49 today. The bold and beautiful actress made a comeback in the acting world in 2020 with her movie maker daddy Mahesh Bhatt’s directorial venture, Sadak 2.

Sadak 2 also had her step-sister Alia Bhatt as the female lead. Pooja and Mahesh joined hands for Sadak 2, but the things were not always healthy between the dad-daughter pair. There were times when Pooja called Mahesh’s second wife, actor Soni Razdan as her biggest enemy. Pooja is from Mahesh’s first marriage with Kiran Bhatt. 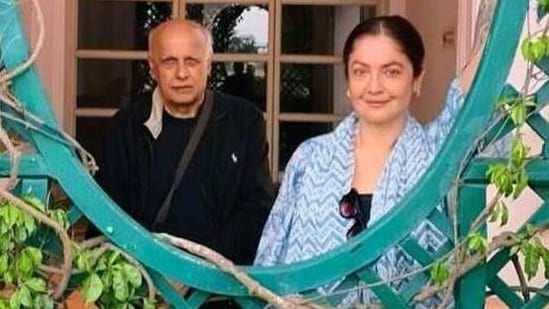 While talking about the day she came to know about Mahesh’s connection with Soni, Pooja had told media talk in a media talk, “He never hid anything from me. Once I was fast asleep and at around one-thirty in the morning, he woke me up from my deep slumber and told me, ‘Pooja I’m seeing another woman. I’m having an affair with her and I want you to know first’. This was even before my mom knew of it. So that shows how open and honest he is with me.”

While sharing how Pooja had responded to the happening, Mahesh shared during his appearance on Rendezvous with Simi Garewal, “I went and told her that this is what was going on between your father and this girl. She just looked at me and she shook her head. I don’t know what it meant.”

But, Mahesh permit Pooja and her family members to come to know all about the love affair in their own manner. He stated, “There was resentment early on. She was this wicked seductress who took their dad away. I let them express their rage, their anger.”

Resorts operating on the outskirts of Mumbai host large gatherings with no covid checks & zero social distancing.Raigad in particular is a hot favourite for such events.Local panchayat should ensure all protocol is maintained @RaigadPolice @iAditiTatkare @CMOMaharashtra

During the same media talk, the Sadak star had stated that she did have any hard feelings about dad for leaving her mom. Pooja stated that she “used to dislike Soni for taking away” their daddy.

Pooja had also clarified that she doesn’t dislike him as he didn’t throw them out after coming into a love relationship with Soni. “It’s just that my parents parted ways because they thought they couldn’t live together. They are still the best of friends. My father still comes over to our house and supports us financially too,” she had stated.

At the moment, Soni and Pooja share a better connection. During a media talk, Pooja stated, “Time healed my heartaches as well. We began by saying hi, hello and then onto making small talk. It took off from there and now we are good friends. Now they get along fine.”