Popular Television Celebrities Who Are Younger Than Their Partners 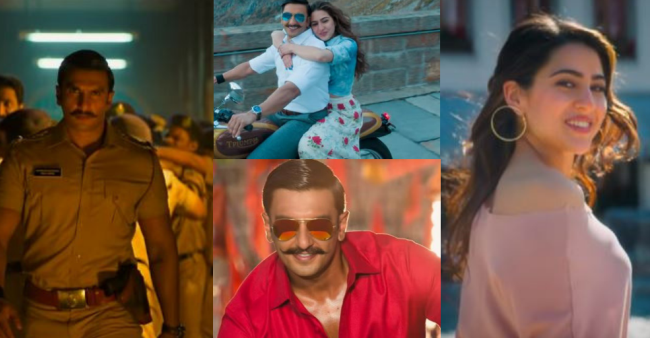 Love knows nothing. If you love someone you shouldn’t care about caste, creed, color, and age. Some of our popular television stars have given us major relationship goals. They have broken the social norms and went on to marry the love of their life irrespective of keeping in mind certain factors.

We have always seen that the male partner is generally elder than the female one. The same thing happens across the globe. But now, things are changing and there is actually no harm in marrying an elder girl or a younger boy. What matters is love and trust.

There’s a list of popular TV personalities who went on to marry girls who were much elder than them. Take a look at the list here.

The couple fell in love while one of the encounters during one night stand back in 2006. They married secretly in 2013. Krushna who is 33 is 12 years younger to Kashmeera who is 45.

Strong men love, respect and support their women. Thanks a lot @haarshlimbachiyaa30 for always being that! Happy Men's Day! Love you ❤ #internationalmensday #happymensday

Their fairytale wedding was one of the most-talked weddings of the small screen. The couple is madly in love and did not care about the age gap. While Bharti is 33, Haarsh who is 3 years younger is aged 30.

Since childhood I have been fiercely independent and a free soul.Nothing has stopped me from following my heart and drawing my own life path. I was also very clear that falling in love or getting married will be no excuse to drift away from a value I truly believed in. However, staying indepedent in a relationship doesnt come easy. Its rare to find a partner who infact acknowledges the individual YOU and appreciates the differences. @itsmohitsehgal you never once asked me change. It is so effortless to be myself with you that sometimes its frustrating 🙄. A love like ours is truly rare…is there anything as beautiful and rare as our love? I think we found it in @trueplatinum950 new collection of Platinum Love Bands. Guys, check out the new collection and tell us which couple band reflects your love story #lovesorare @trueplatinum950

The onscreen lovebirds met on the sets of Mile Jab Hum Tum and are dating since then. While Sanaya is 33, Mohit is 31. The two years of an age gap is all filled with love.

Mommy also got a treat from daddy along with the kids. Zeus didn't get himself clicked as now he thinks he's too big for All these things… But we girls are both happy to shop and pose! @bhakhtyar S Birthday shopping… For all of us! @zarabirani @zianne17 @aldo_shoes #birthdayboy🎉 #birthdaygifts #familypictures #happymom #happybirthday #aldo #sale #retailtherapy #familyguy #weareone #blessed😇 #

They fell in love on the sets of a reality show and dated for a long time before they got married in 2007. Well, it was not just the age gap but this was also Tanaaz’ second marriage. But still, the couple united for a lifetime. Tanaaz is 44 and Bakhtiyaar is 37, they have an age difference of 7 years.

The onscreen Ram-Sita Jodi became soulmates for the lifetime when they got married in 2011. Gurmeet is 32 and Debina is 33, they have an age gap of only one year.

The life of a legend is replaced now by memories. While our KVB is locked up in Bigg Boss, he's not aware that one of his inspirational icons has passed away. This is a gut wrenching news not only for KVB but for all of Stan Lee's fans across the globe. RIP Stan Lee! Thank you for bringing joy to millions of people. We will miss you and your terrific little cameos in all your films. 🙏 . . #RIPStanLee #StanLee #StanLeeForever #TeamKVB #HeroKVB #BiggBoss #BiggBoss12 #BB12 @bombaysunshine

Both are established actors and are living a happy life for ages. The couple tied the knot in Bangalore in 2006. Karanvir who is 34 is 2 years younger to his wife Teejay who is 36.

So these stars taught us that age doesn’t matter, it’s all about love and trust!