Bollywood diva Dia Mirza took to her Instagram Stories in order to share some glimpses of her workout and yogic exercise routine with her buffs. For the unversed, Dia is expecting her first baby with hubby Vaibhav Rekhi.

In the clips shared by mom-to-be Dia, she can be witnessed performing pulling workouts, mild weight training, and some yogic exercise, under the supervision of a proficient coach. 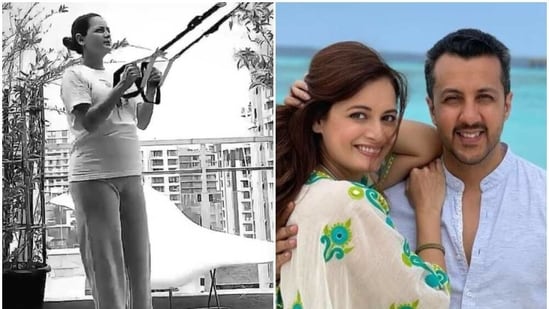 Dia has become the topic of discussion ever since she tied the nuptial knot to the love of her life Vaibhav Rekhi during the month of February. Earlier this month, she made the declaration that Vaibhav and she were expecting their first baby together.

While announcing the same, she penned, “Blessed to be… One with Mother Earth… One with the Life Force that is the beginning of everything… Of all stories. Lullabies. Songs. Of new saplings. And the blossoming of hope. Blessed to cradle this purest of all dreams in my womb.”

After the announcement, an Instagram user asked Dia the reason behind not sharing the pregnancy news before getting married to Vaibhav. “That’s so good, congrats. But the problem is, she tried to break the stereotypes with woman priest, why couldn’t she announce her pregnancy before the marriage? Isn’t becoming pregnant after marriage a stereotype we follow? Why can’t women get pregnant before marriage?” the user also wrote. 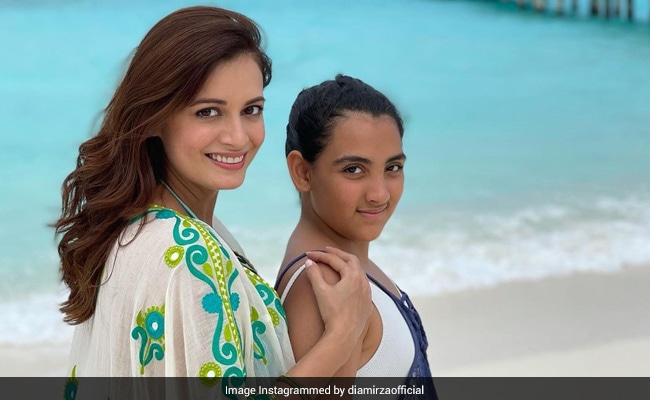 Responding to the Insta user, Dia answered, “Interesting question. Firstly, we didn’t marry because we were having a baby together. We were already marrying as we wanted to spend our lives together. We discovered we were going to have a baby while we were planning our wedding. So this marriage is not the result of pregnancy. We didn’t announce the pregnancy until we knew its safe (medical reasons). This is the happiest news of my life. I’ve waited for many many years for this to happen. No way I would hide it for any reason other than medical.”

“Family,” she captioned the video on Instagram, which also showcases a visibly expecting Dia Mirza.