Pregnant Kajal Aggarwal lashes out at body shamers; ‘We don’t need to be made uncomfortable’ 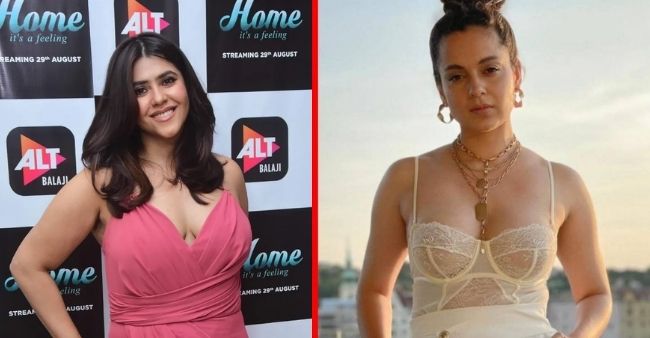 Actress Kajal Aggarwal who is pregnant at the moment has taken to her Instagram handle to slam body shamers. Sharing a series of pictures, Kajal Aggarwal penned a long heartfelt note in which the actress said there is no need to make her uncomfortable during this time.

The note reads that she has been dealing with the most amazing new developments in her life, her body, her home, and most importantly her workplace. The actress added that during pregnancy, bodies go through several changes, including weight gain and hormonal changes that cause stomach and breasts to get larger as the baby grows and the body prepares for nursing.

Kajal also mentioned that after giving birth, it may take a while to get back to the way we were before, or may never completely return to the way we looked before pregnancy, and these changes are natural. In the last, the actress wrote that she hopes that her post helps those in this wonderful phase along with her.

It was New Year when the actress officially announced her pregnancy on her social media handles. Well, nowadays, Kajal Aggarwal has taken a temporary break and is looking forward to meet the little one.

Meanwhile, on the work front, the actress will star alongside Chiranjeevi and Ram Charan in Siva Koratala’s Acharya. She will also play the lead opposite Dulquer Salmaan in Brinda’s romantic drama Hey Sinamika.