Published by Vidhutma Singhania on 28 Nov 2020

Every time a celebrity celebrates his or her birthday, the country comes together to make the day special for them by making fan posts and sharing sweet messages for them.

It was on November 27, 2020 when the Indian cricketer Suresh Raina celebrated his 34th birthday. And that’s when the whole nation poured their immense love on him through their warm wishes.

There were a few people who became nostalgic and recalled his incredible contributions in the success of Indian cricket team in various tournaments and series. While there were others who revisited his famous innings in the jersey of Chennai Super Kings. Suresh Raina’s wife, Priyanka Chaudhary, took to her Instagram handle and shared a stunning picture from her hubby’s 34th birthday in the Maldives. In the said picture, the couple looked gorgeous in their attires as they posed with their cutesy smiles for the camera.

Along with the adorable photo, Priyanka penned a lovely note in the caption for her hubby, “To my man, my love, my life… wishing you a very happy birthday. May you always be this happy, energetic & full of life… @sureshraina3.” 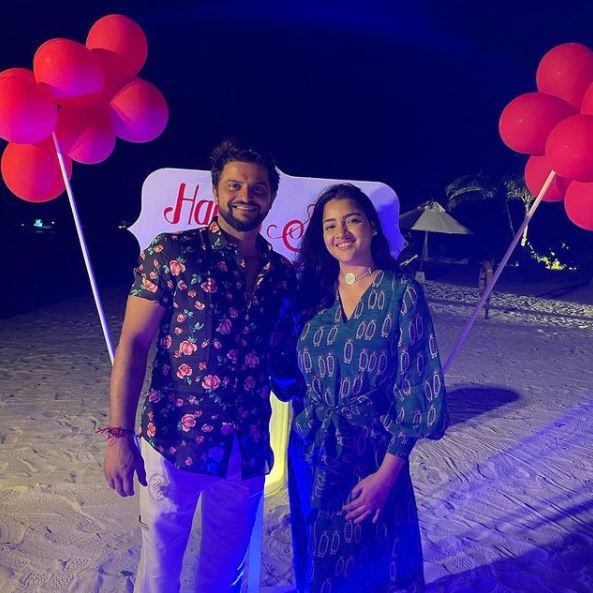 If we dig in Suresh Raina and Priyanka Chaudhary’s love story, the adorable couple had become each other’s forever on April 3, 2015. Ever since this lovely couple has never skipped a chance to shower their immense love and admiration on one another through their interviews and social media posts.

It was on April 2, 2020 when Suresh Raina’s family of three had become four with the arrival of their baby prince, Rio, in their lives. He had announced the news about the arrival of his son to the world through a heart-melting post on his IG handle. Suresh had shared a beautiful picture with his wife who could be seen holding their newborn baby in her arms.