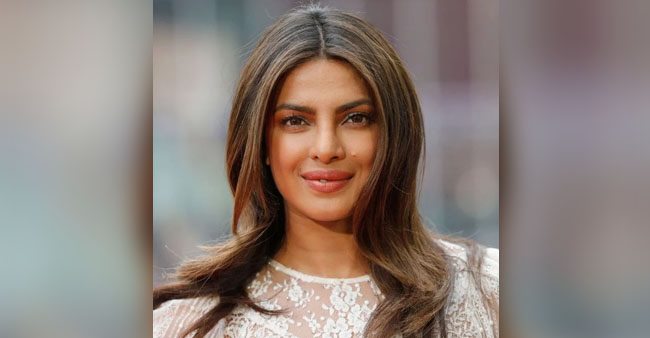 The gorgeous actress Priyanka Chopra recently refused the reports that her hubby Nick Jonas and she met Meghan Markle and her son Archie. There are also some reports spreading across the internet that the couple has presented gifts to Meghan’s son. Reacting to the report from The Sun, Priyanka wrote a tweet that reads, ‘While these are great gift ideas… this story is untrue, and I was actually in town for work. I hope whoever this “source” is starts checking their facts more often.’

While these are great gift ideas… this story is untrue, and I was actually in town for work. I hope whoever this "source" is starts checking their facts more often. https://t.co/S2sDlEiLaZ

On 1st June, The Sun has tweeted, ‘Priyanka Chopra ends Meghan Markle ‘feud’ rumors by visiting baby Archie.’ This website has written an article regarding the couple visiting Archie and presenting him Tiffany jewels. Besides mentioning the reports about Priyanka and Nick, it has even mentioned the news that they have presented him a sterling silver bubble blower that ranges $250. As per the reports, Priyanka and Nick have gifted this presentation from the popular jewelers, Tiffany & Co.

It’s a part of several other presentations given to Archie. As per the latest reports, the couple has allegedly encountered the duchess and her newly-born son at Frogmore Cottage, Berkshire in England. In the report, they even mentioned that the meeting finished the ‘feud’ between the two actors. Earlier, there were several rumors that Priyanka didn’t attend the baby shower of Meghan’s kid. The reason is that she might be upset for Meghan and her husband not attending her marriage with Nick in December in India.

However, Priyanka has simply declined all those rumors and said, ‘Oh my God. No, it’s not true.’ Speaking about the work front, Priyanka Chopra is quite busy with her film work and some other activities. Earlier, she visited Ethiopia for some work as a Unicef Ambassador.

Before that, the actress made a debut at the prestigious 72nd Cannes Film Festival. Even before her debut at Cannes, Priyanka graced at the Met Gala 2019 event alongside her husband Nick Jonas. She will also work for a Hollywood film with Mindy Kaling. Besides this, some other films in her account include The Sky is Pink.