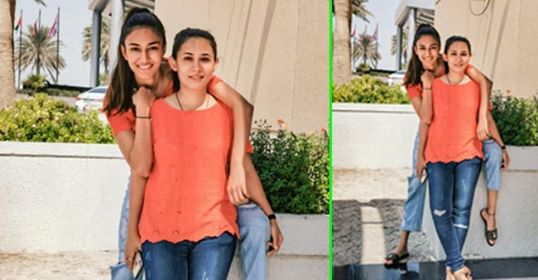 Bollywood, much like the entire nation, is currently engulfed in the colours of Navratri. From Amitabh Bachchan to Kajol, in the past few days, we’ve seen various celebs taking blessings from the almighty. The latest entrant in the series in Priyanka Chopra, who made heads turn as she came to seek the blessings of goddess Durga on Durga Ashtami.

Despite having settled in America, since her wedding, PeeCee seems to have a closeness towards her roots, which is why she dolled up in an ethnic avatar as she came to the Pandal. While various celebs like Rani Mukherjee, Jaya Bachchan and Amitabh Bachchan had already visited the pandal earlier, Priyanka looked ethereal despite coming a bit late.

Also, unlike other celebs, who were all seen in various festival colours, Priyanka opted to keep it surreal in white salwar kurta and a matching dupatta. She got papped by shutterbugs who surrounded the actress as she smiled and waved for them.

For the unversed, Priyanka is currently in India, promoting her upcoming film, The Sky Is Pink. Starring Farhan Akhtar, Rohit Saraf and Zaira Wasim in lead roles, the film is based on the real-life of motivational speaker Aisha Chaudhary.

Directed by Shonali Bose, the film is being produced by Ronnie Screwvala, Siddharth Roy Kapur and Priyanka herself. This is the first time, Priyanka is making her foray in Hindi film production. The film is slated to hit theatres on October 11.

Recently, in a media interaction, Priyanka opened up about her parents saying that they made several ‘sacrifices’ so that she could live the life that she currently has. Also, she told that the story of The Sky Is Pink, kept reminding her of her parents, who also had to go through a lot of tough times.